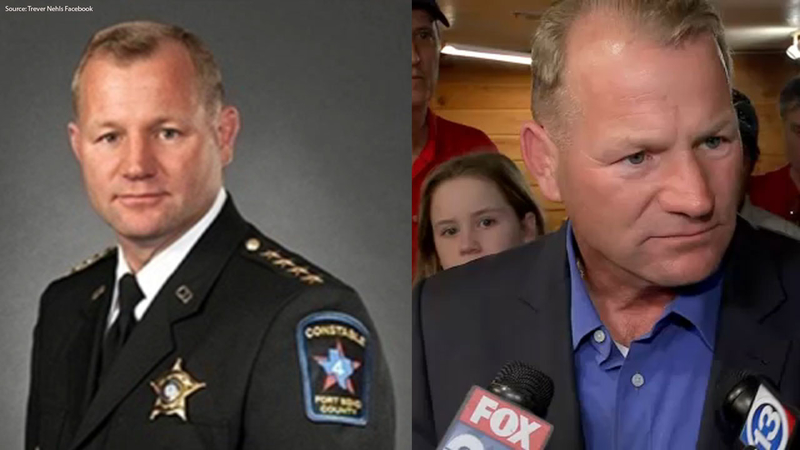 RICHMOND, Texas (KTRK) -- While Fort Bend County Sheriff Troy Nehls is heading to a runoff for Pete Olson's old seat in Texas House District 22, his twin brother is celebrating his own political victory.

Trever won the GOP primary with 82 percent of the vote.

But Trever wasn't in town to celebrate.

He is a colonel in the U.S. Army Reserve and is currently deployed to the Middle East. Trever is not expected to return to the United States until later this year.

On his campaign page, Trever's wife thanked supporters on her husband's behalf.

"Though Trever is absent this election cycle due to his military deployment overseas, the wonderful people of Ft. Bend County recognize his leadership, selfless service and commitment to make Ft. Bend County the place to live in Texas," she wrote on Facebook.

Trever's opponent in November appears to be undetermined. Two candidates in the Democratic primary for sheriff, Geneane Hughes and Eric Fagan, are likely headed to a runoff, based on 99 percent of precincts reporting Wednesday morning.