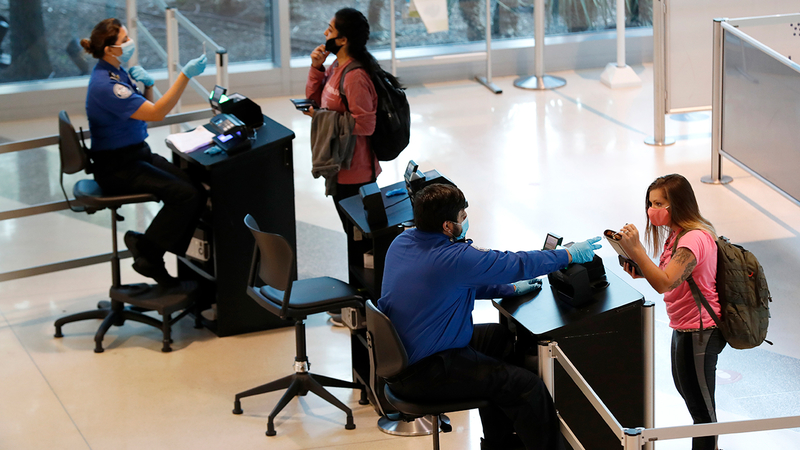 HOUSTON, Texas (KTRK) -- TSA officers detected twice as many firearms per million passengers screened at airport security checkpoints nationwide last year compared to 2019, and Houston ranked high on the list with the most detections, according to a press release from the agency.

The TSA says this is a significantly higher rate than any other year recorded before.

RELATED: How a woman boarded a Delta flight without a boarding pass or ID

Bush Intercontinental Airport ranked number three on the list of airports with the most firearms with 126 total detections in 2020.

The total number of passengers screened in 2020 fell by 500 million due to the pandemic.

"Bringing a firearm to a TSA security checkpoint poses a serious risk to TSA officer and passenger safety, and doing so may result in significant fines or arrest," Senior Official Performing the Duties of TSA Administrator Darby LaJoye said.

Passengers with firearms were stopped at 234 airports nationwide.

These were the top 10 airports with the most firearms caught:


Airline passengers can fly with firearms in checked baggage if the firearms are properly packed and declared at check-in. However, firearm possession laws vary by state and locality, the TSA noted. Additionally, different airlines may have additional requirements.

The TSA has released its top 10 unusual finds recovered from air passengers in 2019.