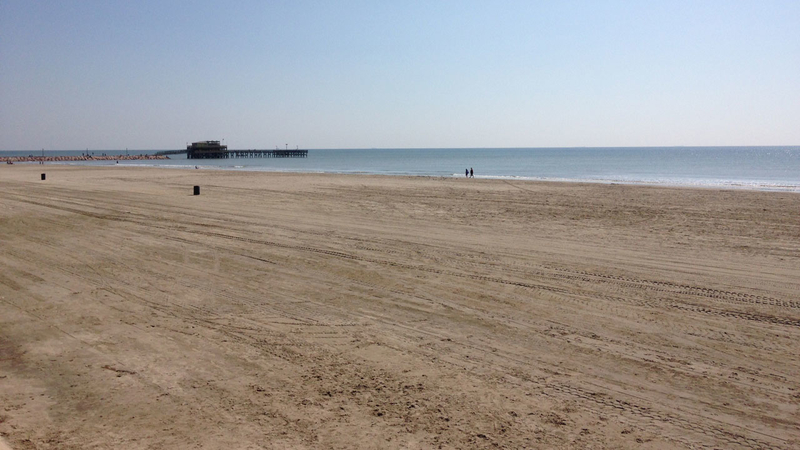 GALVESTON, TX (KTRK) -- Parts of Galveston Island are getting a much needed facelift.

Crews have spent the past few months creating beaches in between 61st Street west to 71st Street. It's the first time this century the area has seen new sand.

The $8.9 million project uses material dredged by the US Army Corps of Engineers to construct land alongside Seawall Blvd. Project manager Tricia Campbell told abc13 her teams dredge the navigation channel every 18 to 24 months. They usually just toss the material into the open ocean for cost reasons.

This time around, the city of Galveston along with the park board and Texas general land office teamed up to make the beach project possible.

Mary Beth Bassett works for the Galveston Island Convention and Visitors Bureau. She said the project helps ensure the island's 6 million annual guests have a great reason to come back next year.

"Galveston is building its beaches for a lot of reasons. First to protect the seawall and to protect the property behind the seawall. Another reason is for recreation," said Bassett. "We have beach where there wasn't beach before. It's a game changer for Galveston."

Residents, tourists, and runners like Darren Seigel stopped by the construction zone Tuesday to check out what's happening.

You can see a large pipe where sand is being blasted out of and onto the beach. Seigel said he's lived on the island for 11 years and still can't believe it.

"I'm running down it amazed, looking at this thinking how fabulous is this?" said Seigel. "Who knew they could even do this? I mean it's like every day we look at this and we're in amazement that this has happened. It's shocking. It's fabulous that they can turn water into beach. It's incredible."

The project is expected to wrap up any day. In early next year, work begins to re-nourish parts of Galveston's east beach. Officials predict visitors will see about 7 miles of expanded or new beaches by next summer.