They look adorable but are trained in Texas for dangerous situations 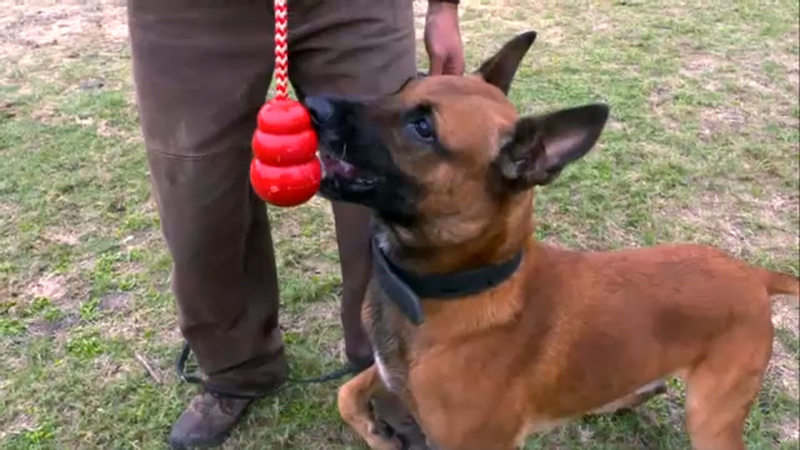 Inside training base for military dogs in Texas

SAN ANTONIO, Texas -- One of the facilities where dogs are groomed into America's most elite K9 commandos is just right down I-10.

At joint base San Antonio-Lackland, the Air Force's 341st training squadron raises 300 pups each year and takes them through their own version of boot camp.

Dog training graduates go on to be war dogs like the hero who helped in the raid on ISIS leader Abu Bakr Al-Baghdadi in Syria last week. The dog, whose name is classified, chased down Al-Baghdadi down the tunnel faster than a robot or human could.

"Every time that we hear about some of these raids, the first thing I want to know is was a dog with them? And most of the time it's coming from this squadron and that's a huge source of pride for us here in the 341st," Major Matthew Kowalski said.

During their time in training, the canines learn to chase and take down suspects. In addition, the dogs learn to go through obstacles, leaping through windows, jumping over bridges and squeezing through tight spaces.

While the dogs look cute and adorable, they are trained to be disciplined assets in some of the most dangerous situations.
Report a correction or typo
Related topics:
san antoniodogsmilitary
Copyright © 2021 ABC News Internet Ventures.
More Videos
From CNN Newsource affiliates
TOP STORIES