'The Bachelor' Colton jumped the fence and it was sad 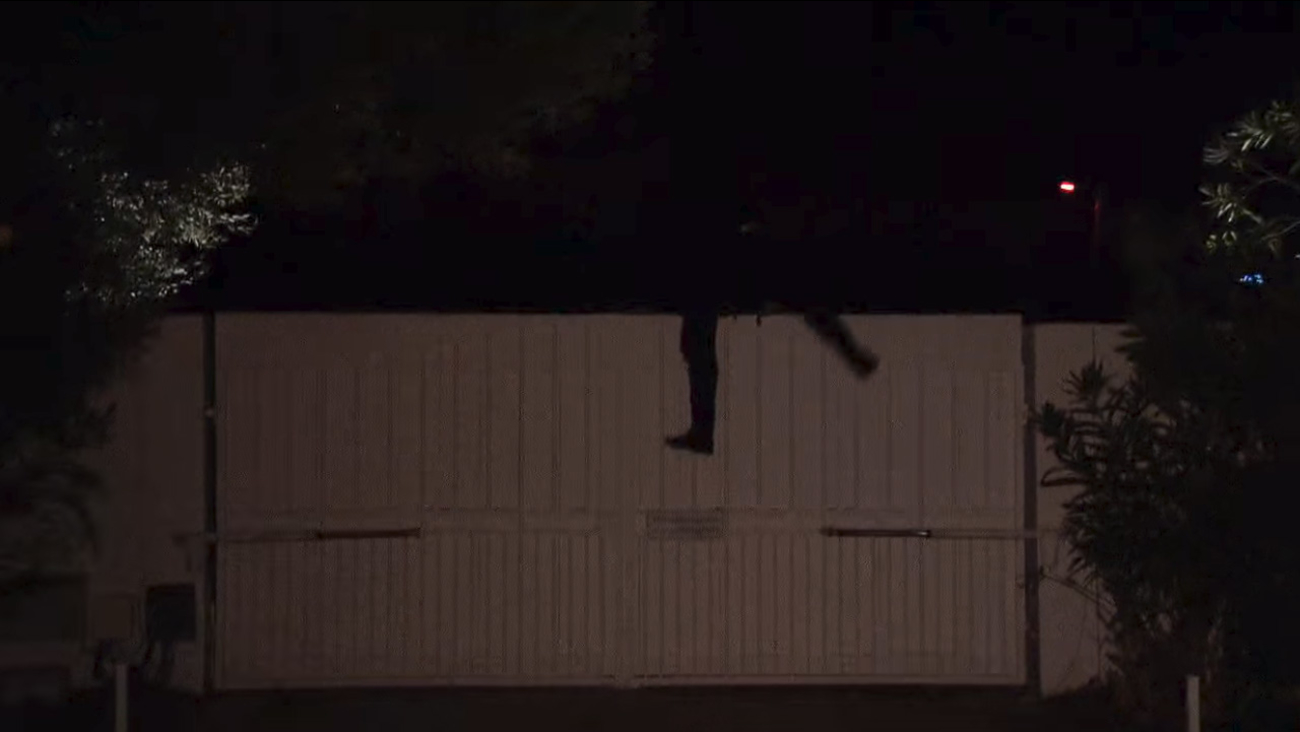 NEW YORK -- Chris Harrison and Colton started this week's episode by having a man-to-man talk about "The Fantasy Suites." At least Colton knows what could happen this time around, unlike when he was on "The Bachelorette." Chris told him that he can do whatever he's comfortable with, he doesn't have to lose his virginity. Plus, let's stop presuming that all of them want to "make love" with Colton. Chris congratulated Colton on having three incredible women left in the competition. He told them they were heading to Portugal for their big fantasy dates.

First up was Tayshia. Colton took her to explore Portugal via helicopter. It wouldn't be an official season of "The Bachelor" without a helicopter ride. Tayshia and Colton shared some passionate kisses and Colton said that he feels like he's falling for her. They landed on a rocky shore and shared some champagne. She told Colton that her parents really liked him and he shared with Tayshia that he had their permission to ask her to marry them. Colton told her that they have experienced more firsts together than he has with anyone. He told Tayshia he is excited to get to know her better and he's not going to put any virginity expectations on the date. After their conversation, they climbed to the top of a beautiful lighthouse and shared a passionate kiss.

Will champagne be the only thing popping tonight? 🍾🤔 #TheBachelor @colton pic.twitter.com/Vds1SVma9Y

Tayshia and Colton headed into the evening a little bit nervous, yet excited. There was some humorous conversation about Tayshia's bosoms and the double sided tape that was failing her with her dress. Then Colton got very romantic and told her all of the things that he really loved about her. Tayshia revealed to Colton that she saved herself for her husband and she really cares about intimacy. Then she told him that her husband cheated on her and that's why it didn't work out. Poor Tayshia, that's very difficult. After some more conversation, Colton handed her the Fantasy Suite date card. Tayshia accepted and they ate some dessert and had some more champagne inside the hotel room. The room had a plush bed and a fully filled bathtub...cue the door shutting.

The next morning, they talked about how they had private moments and a lot of conversation. Tayshia called the evening "interesting." Tayshia said Colton was very nervous and "they didn't have the physical intimacy that she wanted." So he's still a virgin! Still, Tayshia closed their time together by telling Colton that she loves him.

Colton had a smile a mile wide when he met up with Cassie for their fantasy date. They drove off to explore Portugal and shared lunch and some kind of meringue dessert together. They picked out matching pajamas in the marketplace. They had a fun time shopping and even danced together in one of the shops. They continued their dancing out on the sidewalk and Cassie said she felt happy and said that Colton is easy to love. Colton and Cassie walked hand in hand through town and walked down an alleyway to makeout. He is just crazy about her. They told each other that they make each other happy. After that, they danced with some elderly people to an accordion player and Colton said that Cassie makes him feel complete. Looks like she's the one for him, but she still hasn't dropped the L-word. Colton said that he loves Cassie point blank.

Later in the afternoon, they sat on the roof of a building and Colton talked to Cassie about meeting her family. He told her that he hoped they had an understanding of who he is. She asked him how his conversation with her dad was. Colton said it was "challenging." Cassie revealed that everything is happening so quickly in this process and her dad is concerned that she isn't ready for that. Colton told her that he asked for his blessing and he didn't get his approval. Cassie was shocked and said she couldn't believe it because she left feeling like he trusts her to make the right decision. Colton told her that he trusts their relationship and the thing her dad doesn't trust is just how short the timeline is. Cassie said she felt very confused all of a sudden. She said she didn't know that her father wouldn't give his blessing. Colton told her that it doesn't change the way he feels about her. Cassie was still just in a state of shock. It completely ruined the date!

RT if you're feeling all the emotions right now😅 #TheBachelor pic.twitter.com/WsEomhG5xM

Colton did his best to keep the hope alive as he prepared for the evening portion of the date. Holy moly, out of nowhere Cassie's dad arrived. He popped out of a van and he knocked on her hotel room door. This doesn't look good for Colton. Cassie's dad said that he's worried she isn't fully in love with Colton. Cassie said she just wanted her dad and her mom to be supportive and they weren't as supportive as she expected. Her dad said they don't have any red flags with him, but he's worried she isn't totally convinced on her end. Cassie said, "I think I do. But I wish I had more time." She said accepting a proposal scares her, but she's not ready for it to be over. He's a good dad...he said if he was convinced Colton was her soulmate, he'd be fully supportive. Cassie said that she thought going to her hometown would make her feel more all-in and instead it made her feel doubt. Then, it seemed like her dad talked Cassie out of even DATING Colton. Yikes.

Cassie went into the evening portion of the date feeling like she needs to send herself home. Colton went in very hopeful and ready to lose his virginity to her. They started off by talking about how fun their date was together and then Colton gave a heartfelt toast. Colton said he wanted her to know that he wants to give their relationship everything he has despite her father not giving him his blessing. Cassie revealed that her dad showed up and Colton was floored. Cassie told Colton that she has doubts and that her parents never had doubts about each other. Cassie said that he shouldn't leave there without what he came there for which is an engagement. Colton said he doesn't want to leave without the person he wants most. Cassie said that's very sweet, but she wants him to have what he wants and that can't be her. Cassie told Colton that the day was perfect and she loves him so much, but she's not in love yet. Ouch. She said she doesn't know why she's not, but she's not. Then they both cried and Cassie said she's confused. Colton asked her if she was planning on leaving, and she said yes because she doesn't know if she can get there. Then Cassie jumped up and just started to walk off. Colton held his head in his hands on the couch. As she stood there, she said, "Now I'm second guessing it."

Colton finally got off the couch and walked over to Cassie. He put his arm around her and they walked. He hugged her. Colton said he's ok with being patient. Cassie said she's not sure if she's going to get to a place where she could marry him. Cassie said she doesn't know if she should leave. He told her, "I don't want to lose you." He asked her to sit down. Colton begged her to stay and he said it's hard going on other dates when all he does is think about her. Colton told Cassie it's ok not to know. She feels like she should know by now. He told her that after Thailand, she's the one he is most excited to be with from there on out. He told her he's willing to wait for her and they don't have to get engaged. Colton said, "I'm sitting here telling you that I'm in love with you." He said, "You're putting too much pressure on yourself." Colton told her he wanted Cassie to meet his family. He told her there's no pressure and that he wants to be with her engagement or not. Her dad should want her to be with someone who loves her as much as Colton does. Colton was shaking he was so upset. It may have been too overwhelming for her. Then she said, "Colton, I can't do this." He vowed to not stop fighting for her. They put on their coats, he kissed her on the forehead and shared a lingering hug. He said, "I love you." Cassie replied, "I love you too." And that was that Cassie drove off in the limo. She sobbed as they drove and she said she felt bad about how it went, how he reacted, and she didn't think it would be that hard.

RT if you saw this coming 🏃‍♂️ #TheBachelor pic.twitter.com/fnThoFSycm

Colton sobbed in the hotel room and said "bleep all of this." He said he was done and Chris Harrison went running after him. Colton kept walking and jumped the perimeter fence. Chris Harrison calmly opened the fence's gate and went looking for Colton but had no idea where he went! The production crew and Chris were all confused and it was pitch black out. They had no clue where he ran off to. Then those awful words came up on the screen, "To be continued." Tomorrow night, "The Women Tell All" about their time on the show and Colton faces the music. You won't want to miss it! Next week, we'll learn the conclusion of the fence jump and what's next for Colton, Cassie, Tayshia, and Hannah.
Report a correction or typo
Related topics:
arts & entertainmentcolton underwoodabc primetimethe bachelorcominguproseschris harrison
Copyright © 2021 KTRK-TV. All Rights Reserved.
COMINGUPROSES
Michelle meets the parents during hometowns...and your next 'Bachelor'
7 things to know about your new 'Bachelor' Clayton Echard
Michelle picks her final four men on this week's 'The Bachelorette'
Chris interrupts Nayte and Michelle's date on 'The Bachelorette'
TOP STORIES
Man found shot to death in his car along North Fwy at I-10
Man accused of attacking 3 women at same Houston apartments
Texas' ban on mask mandates in public schools back in place
Dense fog could slow down your Thursday morning commute
MLB owners lock out players, 1st work stoppage since 1995
Charities say rising costs mean less donations for children
1st case of omicron COVID variant identified in US
Show More
Neighbor shot by former Sugar Land officer may face assault charge
Houston hospital system days away from losing Medicare contract
Houston parents duped by deceptive Elf on The Shelf seller
2 injured outside corner store during shooting in SW Houston
Minorities facing higher AIDS transmission rates especially in Houston
More TOP STORIES News