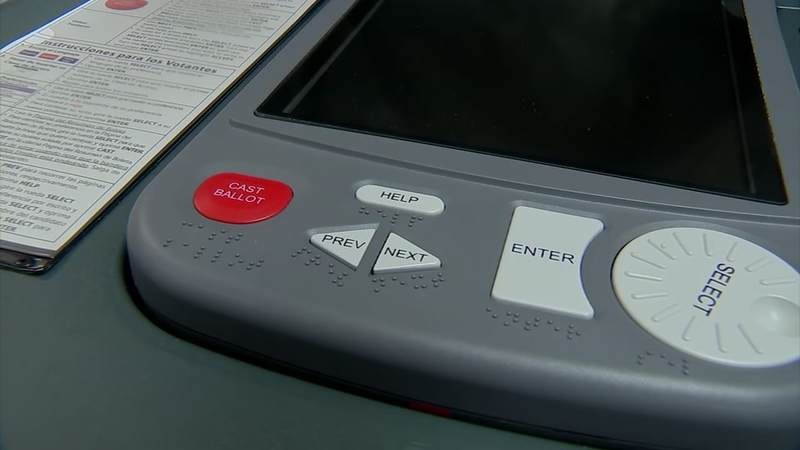 HOUSTON, Texas (KTRK) -- Voters are reporting odd problems on both the Republican and Democratic side of straight-party voting in Texas.

Mickey Blake was one of the voters in those early voting lines in Houston earlier this week.

She says she expected all Democrats to come up on her screen, especially Rep. Beto O'Rourke, but when she got to the last screen to review her choices, she noticed a problem.

"It's all Democratic except for Ted Cruz was checked," Blake said.

So she backed up and did it again. And again.

"I tried it a third time and the same thing happened," she said.

"When I got to the end, I just so happened that I glanced at the screen, I saw Ted Cruz was selected as my senator," Hosea said.

He too voted straight ticket Democrat.

But it's not just a Democrat problem. Voters who select straight-party Republican unselect Sen. Cruz and wind up voting for no one. Either way, officials say it's a rare issue that happens, but not to everyone.

It's popped up across Texas often enough for the Secretary of State to put up a statewide advisory on Monday to every Texas election advisor.

The Secretary of State calls it 'operator error.'

"We've heard from voters over a number of elections about this," said Ft. Bend County Election Administrator John Oldham.

Oldham says it's a problem he's seen for years.

He even told the Secretary of State about it years ago and it's still happening.

"It's not a glitch, it's a user-induced problem that comes from the type of system that we have," Oldham said. "I think both sides could be equally hurt."

It's unclear how widespread it is.

"As long as you don't hit the red button to cast, then you can get some assistance from the poll watchers," Hosea said.

Oldham also said he was able to replicate the issue in his offices after multiple attempts.

"I'm really disappointed with the State of Texas," Hosea told us.

Sam Taylor, at the Texas Secretary of State's office, tells 13 Investigates the problem is "user error" and not something their office could fix. Taylor suggests a vendor could or should handle any upgrades, but the state has not asked vendors to do so.

Oldham and another election expert tell 13 Investigates that in some states, pop up screens warn straight ticket voters if they purposely or accidentally select a candidate of the other party. Texas has no such electronic warning.

Oldham in Fort Bend County told us it is most likely caused by voters simultaneously twisting the selection dial and pushing the enter button. It may not even be purposeful, but done by voters in a rush who don't realize they are still interacting with both.