Train that travels up to 205-mph coming to Houston soon 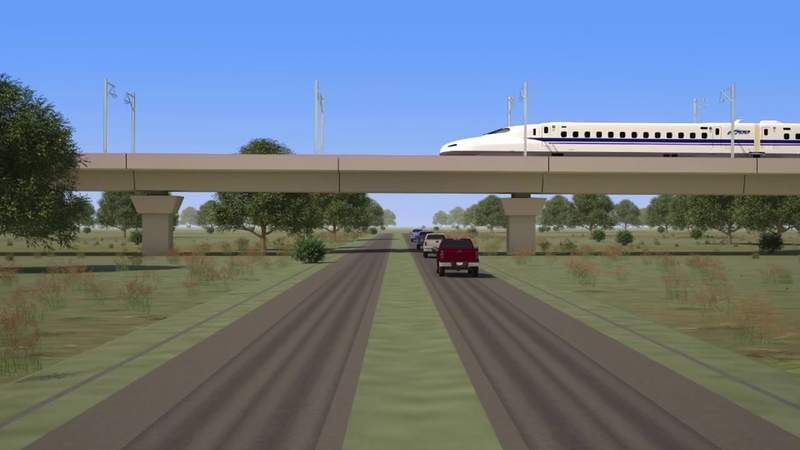 Exactly where will the Texas Bullet Train's route go?

HOUSTON, Texas -- A proposed project to transform the way Texans travel between the state's two largest cities could be under construction next year and up and running by 2024. However, opposition groups question the viability of the project, which calls for building a 240-mile high-speed rail line between Houston and Dallas.

First announced in 2012, the Texas Central Railway would travel as fast as 205 miles per hour. It would be the first high-speed rail line in North America, according to officials with Texas Central Partners, the private group developing the project.

Momentum for the project has been growing, said Holly Reed, managing director of external affairs with Texas Central. In September, the company announced it secured a $300 million loan from the Japan Overseas Infrastructure Investment Corp. and the Japan Bank for International Cooperation. Reed said the loan provides funding for all aspects of the project up through construction and indicates the rail line is capable of attracting investor support.