Cruz campaign heads to New Hampshire with spring in its step 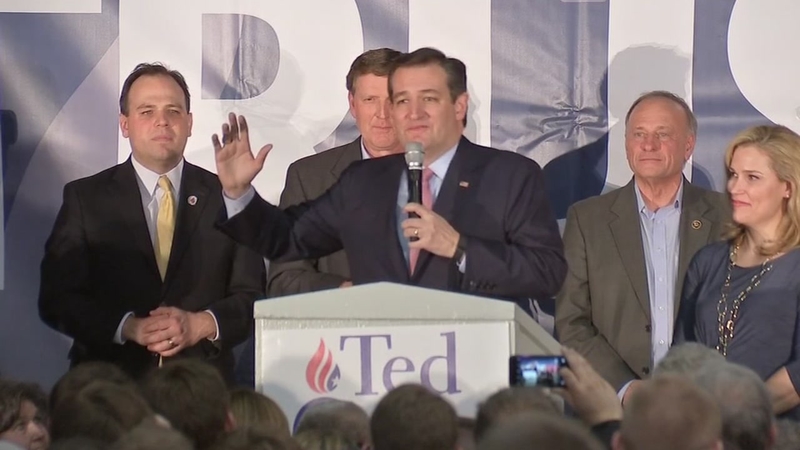 What's next for Senator Ted Cruz?

"Iowa has sent notice that the Republican nominee and the next president of the United State will not be chosen by the media," Cruz says.

In his first speech after his four point victory in the Iowa caucus, Cruz thanked Iowans but acknowledged the work left to do.

Cruz campaigned in Iowa for 11 months, building a volunteer network of more than 2,000 people. His team felt confident those volunteers and a message appealing to conservatives would win them the lion's share of votes.

"Tonight is a victory for millions of Americans who've shouldered the burden of seven years of Washington deals run amok," he says.

He visited all 99 of the state's counties in an effort to connect with voters the way he did in his 2012 Senate campaign that saw him rise from obscurity to victory in Texas.

It was a model he duplicated in Iowa.

"I think we'll get a little bump in New Hampshire. I don't expect to win in New Hampshire, but I expect we'll do better than people expect," says Rick Tyler, Cruz spokesman. "Then we'll move to South Carolina, we'll get into the SEC primary on March 1st, including the great state of Texas."