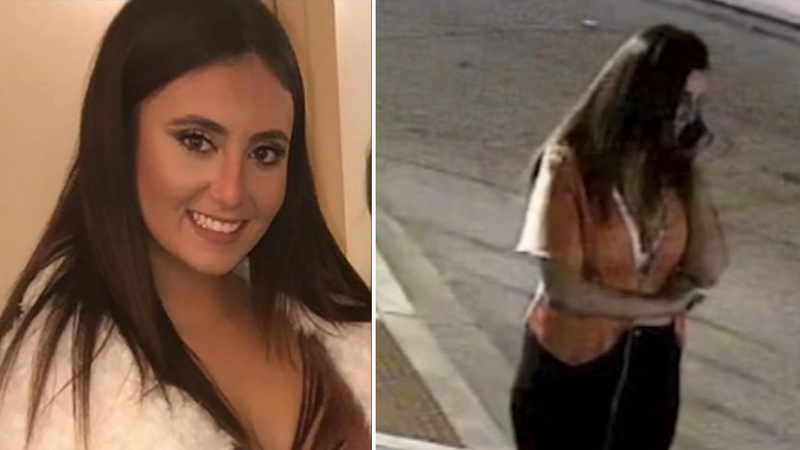 COLUMBIA, South Carolina -- Police say a University of South Carolina student from New Jersey, who was found dead about a day after she was reported missing, was murdered.

Investigators believe the victim, 21-year-old Samantha Josephson, was waiting for an Uber ride around 2 a.m. Friday in the 5 points section of Columbia, South Carolina.

Police say she got into a black Chevy Impala, driven by 24-year-old Nathaniel David Rowland, outside a bar.

However, police do not believe Rowland was an Uber driver.

"We believe she may have mistakenly gotten into the Impala thinking it was an Uber ride," said Columbia Police Chief William "Skip" Holbrook.

The investigation regarding USC student Samantha Josephson is now a homicide case. Her body was found by hunters in rural Clarendon Co. late yesterday afternoon. Suspect Nathaniel Rowland has been charged w/ Murder & Kidnapping by SLED. Agents have been an integral part in case. pic.twitter.com/2tj8TVRAex

By 1:30 p.m. Friday, police received a missing person's report from a roommate who had been with Josephson the night before but got separated.

A few hours later, Josephson's body was discovered by hunters in a wooded area of nearby Clarendon County. It's an area known to Rowland, police say.

At around 3 a.m. Saturday, a K-9 officer on patrol stopped the Impala. Rowland jumped out and ran but was soon caught, police say.

Inside the car, investigators say they found the victim's blood, her cell phone, bleach and germicidal wipes.

Investigators also say the car's child safety locks were engaged, which would prevent someone inside from escaping the back of the vehicle.

Josephson was a senior political science major from Robbinsville, New Jersey. She had been admitted to the Kline School of Law at Drexel University.

"Our hearts are broken. There is nothing tougher than to stand before a family and explain how a loved one was murdered. It was gut-wrenching. This is personal to us," said Holbrook.

Josephson's father posted on Facebook that his daughter "is no longer with us but she will not be forgotten."

James Mindnich's family lived right next door. His son grew up with Josephson and her sister.

"Smart, bubbly, funny, funny kid. She was a good kid," said Mindnich. "Sami had a full ride to Drexel Law School. She was graduating this year from South Carolina. It's a shame that this had to happen."

Cont’d: Special Victims Unit investigators believe that shortly after 2:00 a.m., Josephson was seen getting into this newer model Chevy Impala along Harden Street. Family & friends have been trying to locate her ever since. Again, call @MidlandsCrime 1-888-CRIME-SC w/your tips. pic.twitter.com/3211Wjx6PK