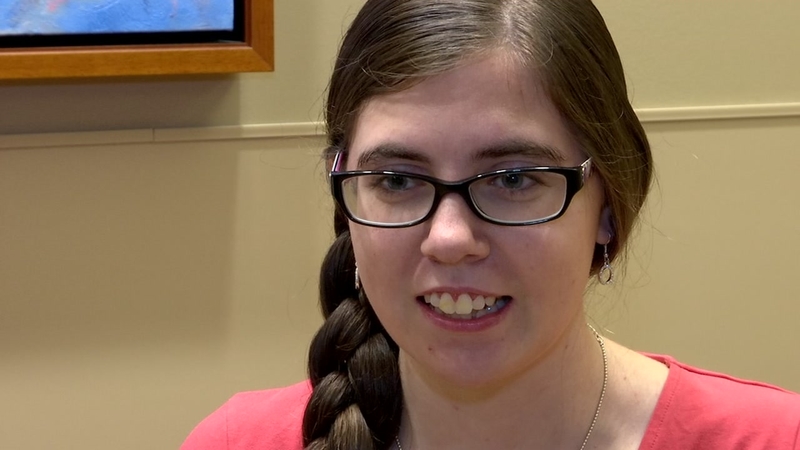 THE WOODLANDS, TX (KTRK) -- For 18-year old Briana Parker, she understands how life changing a stroke can be. Parker lost her father to a stroke when she was just six years old.

Parker told Eyewitness News she wanted to pay tribute to his memory with a service project which gained a whole lot of attention inside Memorial Herman Hospital in The Woodlands.

Parker teamed up with the therapists inside TIRR Memorial Hermann-The Woodlands to help patients who've suffered a stroke.

After discussing the idea with them, Parker decided to create 60 bags filled with puzzles, notepads, and other items which can help in the long recovery process.

"They were grateful. They said thank you so much," said Parker. "Not a lot of people know about stroke and it's something that needs to be put out there more often."

In 11 years on the job, occupational therapist Brandy Guillory told us Parker's project is a first.

"It's a very touching story. The fact, that she can't remember much of it but thought I'm going to help the next person," said Guillory. "She's helping so many people."

Guillory said they hope to continue the idea once they run out of Parker's bags. Guillory also reminded the public "Stroke Awareness Day" is coming up at the end of the month.

She said people need to "act FAST" if they think they just suffered a stroke. Guillory said make sure you notice any changes to your face, arm, speech, or timing.