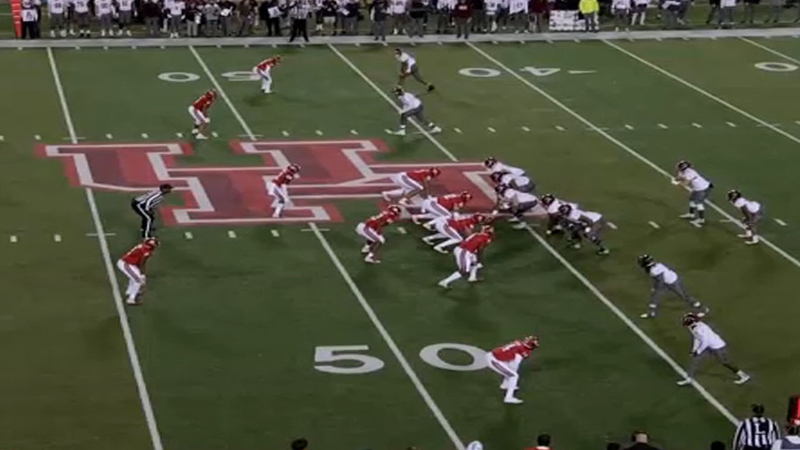 HOUSTON, Texas (KTRK) -- A former University of Houston athletics department tutor is accused of writing papers for football players in exchange for money, according to the NCAA.

The organization says last year, the former tutor wrote four papers for two football players in exchange for money over a month and a half. The NCAA said the tutor committed 'academic misconduct' and claims he 'acted out of self-interest.'

"He failed to cooperate with the NCAA infractions process by refusing to participate in an interview with enforcement staff or take part in the summary disposition process," said the NCAA.

"The direct involvement of the former head women's volleyball coach in the violations demonstrated that she did not promote an atmosphere of compliance within her program," said the NCAA.

"As the report states, the violations occurred while the University of Houston exercised institutional control and monitored its athletics programs," said Pezman. "It also indicates that UH accepted the responsibility of the violations and self-imposed significant measures and penalties as corrective action. UH also worked diligently to provide the NCAA enforcement staff with various resources and assistance to make sure this matter was brought to a resolution as quickly as possible."

As a result, UH will be on probation for a year and will have to pay a $5,000 fine, which was self-imposed by the university.

The former tutor will be placed on an 'eight-year show-cause' order in which any NCAA school that hires him must restrict him from any athletically related duties unless it shows cause why the restrictions should not apply.

The former head coach will be placed on a 'two-year show-cause order' in which she will be suspended from 30% of contests during the first season after she's hired.
Report a correction or typo
Related topics:
sportshoustonuniversity of houstonncaasportscollege football
Copyright © 2021 KTRK-TV. All Rights Reserved.
TOP STORIES
Harris Co. Pct. 4 Constable Deputy killed, 2 other deputies wounded
Homers from Altuve, Correa lift Astros to Game 1 win
Enjoy the beautiful, breezy day
Miracle boy's mother marries 6 days after happy reunion
5th sailor charged in Houston Navy corpsman's death
1 dead in apparent road rage incident in Mission Bend
Bill restricting transgender student athletes' heads back to House
Show More
Are the Astros a dynasty after 5 straight ALCS trips?
How you can enjoy Boston food in Houston without heading to the ALCS
Masks and vaccines are a must this holiday season: CDC
Hostage situation on SW Houston street ends with passenger in custody
Justice Dept. to ask Supreme Court to halt Texas abortion law
More TOP STORIES News