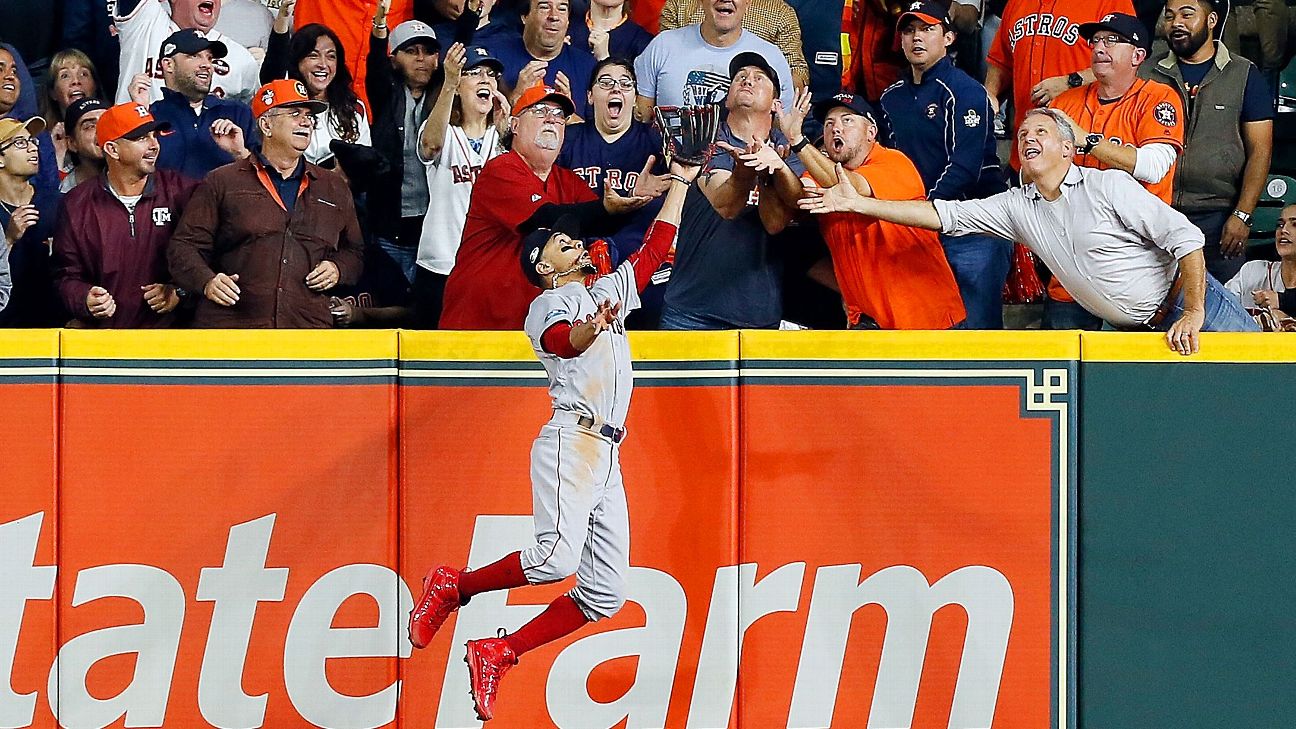 Fans and commentators of all stripes and opinions weighed in on Twitter following the controversial fan interference call that turned what could have been a two-run home run by Houston's Jose Altuve into an out in the first inning of Wednesday night's Game 4 of the American League Championship Series.

Umpires ruled that fans interfered with Red Sox right fielder Mookie Betts as he tried to make what would have been a spectacular catch, calling Altuve out on the play.