Vype
HOUSTON, Texas -- There is a lot of newness around St. Pius X. A new head football coach, new volleyball coach, new boys' basketball coach and to top it all off - a new athletic director.

Jeff Feller, who comes from KIPP Texas Public Schools - Houston, is just a few months into what he considers a "dream job".

"The parental support has been amazing, and the booster club has been amazing," Feller said. "Leadership, both my Head of School Carmen Armistead and principal Diane Larsen have been amazing. Everyone has been extremely welcoming and supportive. Having that team collaboration is what is going to build a successful athletic program.

"We have everything here on this campus. Academically with strong teachers, fine arts and athletics to make the student-athletes and all students their best selves possible."

Feller spent the past seven years at KIPP. The first four he served in multiple roles, including athletic director, head baseball coach and associate head football coach. He also coached softball and track at times at KIPP Generations Collegiate. The last three years were served as the Regional Athletic Director.
Leaving a school he had worked at for the past seven years was going to take a special place - St. Pius X fit the bill.

"The prestige and athletic tradition that has been built here for the past several years," Feller said about what attracted him to this job. "I just wanted to be a part of that family and that legacy."

Sitting down in the St. Pius X athletic director's chair in 2019, the highest-profile program of late has been football.

Considering the record-breaking performances by now-Arizona freshman quarterback Grant Gunnell and his teammates, the St. Pius X brand across Houston is well-known in football circles.

But if one was to crack open the history book, the Panthers do have a lot of tradition at winning it all in multiple sports.

That kind of consistent winning is what Feller wants to get his new department back to.

"We're really about character and trying to bring the zest back to an athletics brand that has a tradition of excellence," Feller said. "We're just trying to re-establish and get rolling again because there's been a lot of transition. But with transition and change, comes excitement."

Along with winning, Feller hopes to boost the participation numbers in female sports on campus in his first year.

To get to the ultimate goal of lifting multiple state championship trophies and adding years to the black and orange banners draped along the walls inside their gym, Feller knows it all starts with this first year. It starts from the ground up.

"I want to build a strong foundation where we have a clear vision of where we're going," Feller said. "It's about structure, policy, procedures, discipline and character-building. That goes for student-athletes and coaches. Also, just setting the standard for what we're looking for moving forward."

You can view more of this article through our partners at VYPE Houston. 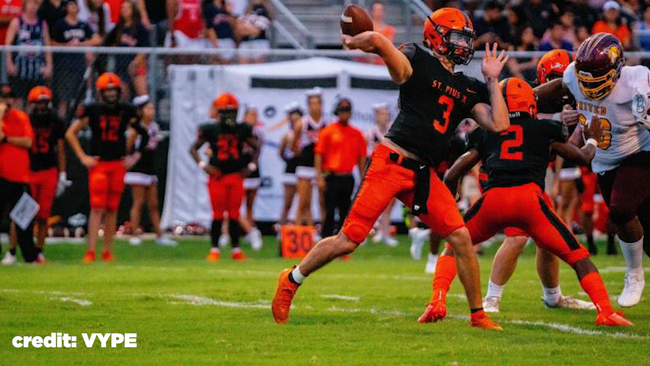 Head football coach and wife open up about fertility struggle