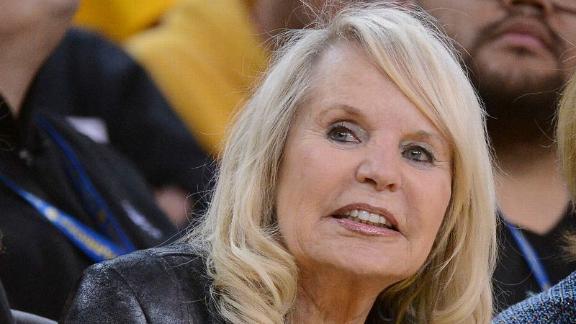 Shelly Sterling will seek a court order of protection for her, her lawyer and witnesses such as the doctors who evaluated Donald Sterling from harassment by her estranged husband and his lawyers, sources told ESPN.com on Wednesday.

Shelly Sterling and her attorneys will appear in a Los Angeles courtroom Thursday morning, sources said, to present evidence that Donald Sterling and his lawyers have threatened, intimidated and harassed witnesses who will be called in the probate court hearing July 7-10.

That hearing was scheduled after an emergency petition to the court last week by Shelly Sterling to evaluate the actions she took to sell the Los Angeles Clippers for a record $2 billion to former Microsoft CEO Steve Ballmer.

Shelly Sterling has argued for an expeditious court ruling on her authority to sell the Clippers because the sale needs to close no later than Sept. 15 or the NBA will resume termination proceedings against Donald Sterling for racist remarks he made to former assistant V. Stiviano, which were published by TMZ.

Shelly Sterling became sole trustee of the Sterling Family Trust, which owns the Clippers, when two neurologists evaluated Donald Sterling and determined he had a form of dementia consistent with Alzheimer's disease that incapacitated him from making decisions about his business and legal affairs.

Donald Sterling has since challenged that diagnosis and her authority to sell the franchise. On June 9, his lawyers filed a motion to revoke the terms of the family trust.

According to court records obtained by ESPN.com, the purchase agreement between Ballmer and Shelly Sterling holds that either Donald Sterling must consent to the sale or a court must validate her authority to act as the sole trustee.