Rockets' Rivers: We can win title if D keeps up 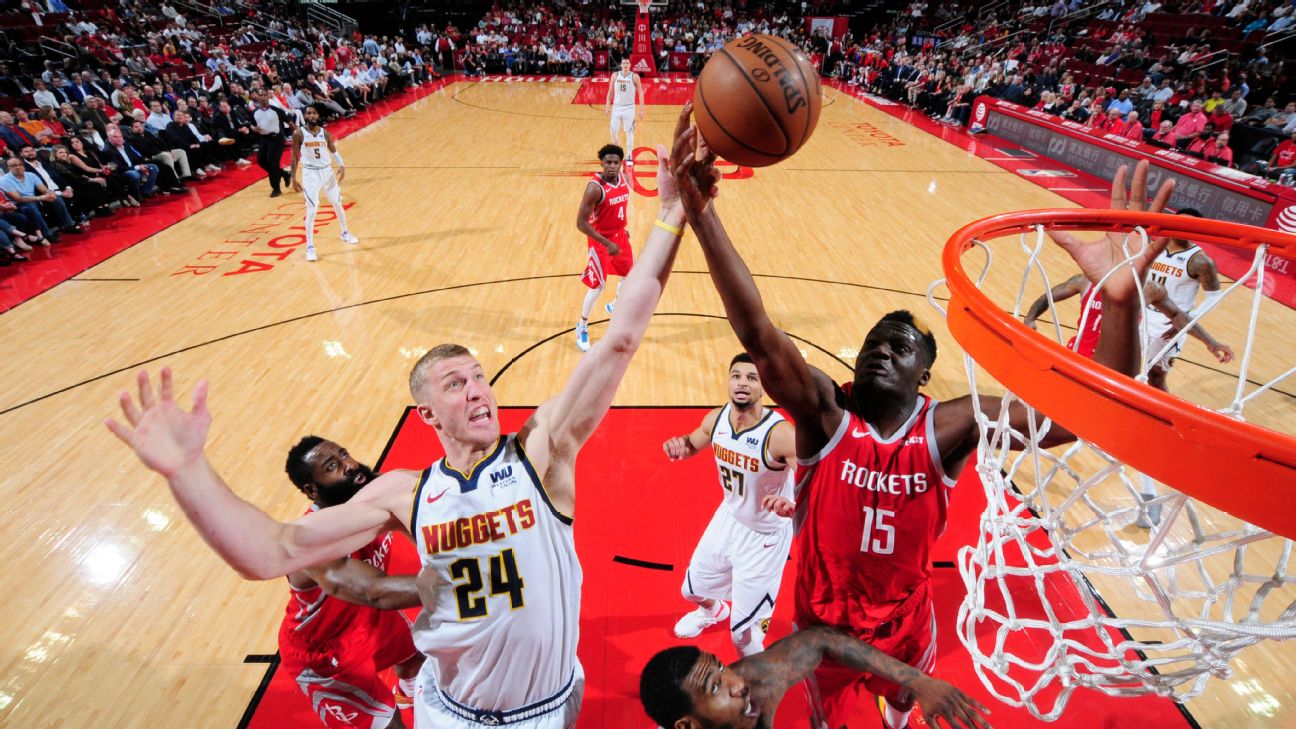 HOUSTON -- Through the historic scoring season James Harden has put together, the Rockets know their turnaround -- and potential -- resides on the other end of the floor. And it was on full display against the Nuggets in a dominant 112-85 winThursday, a performance coach Mike D'Antoni called their best defensive effort of the season.

"If we play defense like that, we can win the title," guard Austin Rivers said. "That's what we believe around here."

The Rockets have had the NBA's second-best defense since the All-Star break, posting a 105.3 defensive rating. Before the break, they ranked 25th with a 112.2 rating. The Nuggets, who have been struggling offensively of late and haven't cracked 100 points in their past three games, were held to a season-low 85 points and hit only 4 of 24 shots from 3.

"It's not difficult, it's not difficult at all," Harden said of producing consistent defensive efforts. "I think since the break we've been top five in defensive. We have the ability to do it. We just have to do it."

Houston has stabilized after a bumpy start and has turned its attention to tracking down the Portland Trail Blazers (one game behind in the loss column) for the 3-seed. For one, the Rockets would avoid a likely second-round showdown against the Golden State Warriors, but on top of that appear to match up well with the Nuggets. Houston won the season series 3-1 and has both an offensive and defensive scheme that gives Denver problems.

The Rockets weren't shy about saying they are trying to nab the 3-seed in the West but wouldn't go so far as to say it's because they want the Nuggets in the second round.

"We do that, I don't care who's out there," D'Antoni said of the Rockets' defense when asked whether the matchup against the Nuggets was favorable. "It just happened to be Denver. This is by far our best effort defensively, and it's been coming. The guys got after it. If we do that, then whoever it is, it is."

Houston is one of the best takeaway teams in the league, leading the NBA in steals per game (9.3) and turnover percentage (16.0) since the break.

The Rockets switch on defense constantly, but the Nuggets weren't able to exploit any mismatch with Nikola Jokic on Harden. Harden, who finished with 38 points in 32 minutes, has always been an elite post defender, using his strength and size to hold off bigger players and his excellent hands and instincts to be disruptive.

"James switches on all the bigs," Chris Paul said. "Every night. He's been doing that all season long, so it ain't no surprise for us."

Jokic, though, is better than most bigs. No matter, Paul said.

"James is better than a lot of people too," he said. 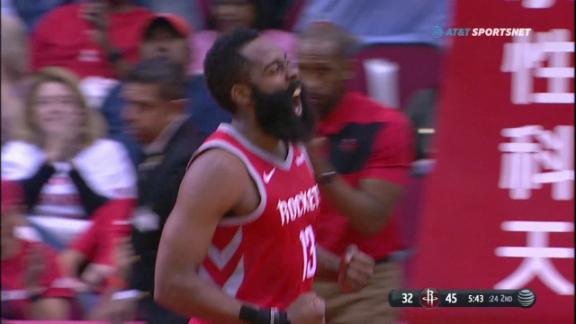 Amber Alert issued for 3-year-old taken in stolen car in Dallas
Ginsburg lies in repose at Supreme Court
How to find your vehicle after it has been towed
Pres. Trump says new TikTok headquarters could land in Texas
Body found during search for missing fisherman in Brays Bayou
Show More
8-year-old boy found mom beaten to death, HPD said
Traffic stops to watch bear cubs wrestle on the road
Asteroid the size of a bus will pass near Earth tomorrow
100k gallons of wastewater spilled in 5 Houston locations
Beta moves eastward taking the rain with it
More TOP STORIES News