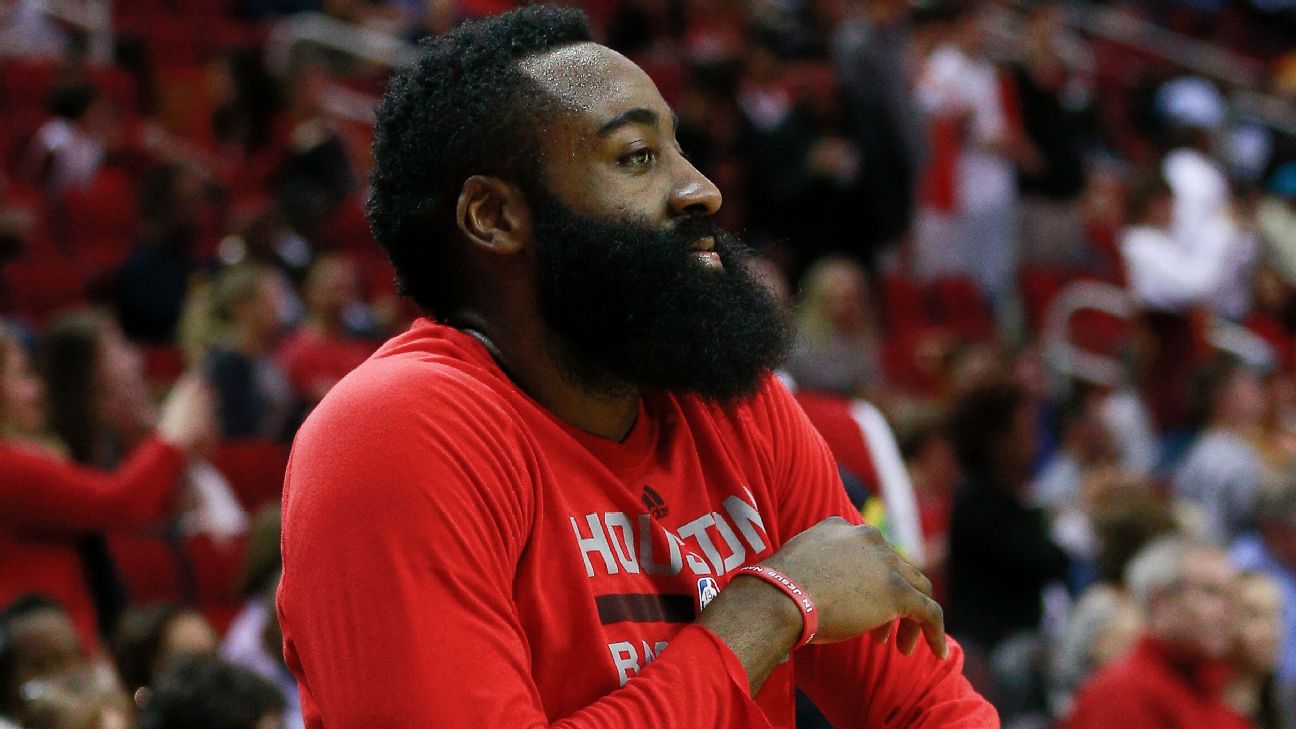 Houston Rockets guard James Harden said he did not intend to make a political statement by wearing a "Thin Blue Line" mask Thursday and that he was unaware of what the mask represented.

The Thin Blue Line -- the American flag with a blue line as one of the stripes -- shows support for law enforcement. That flag, as well as the Punisher skull that was on Harden's mask, are sometimes seen as symbols that are against the Black Lives Matter movement.


Photographs of Harden wearing the mask, a neck gaiter pulled over his face, published by the Rockets' and NBA's social media accounts, provoked strong reactions from people on both sides of the issue.

"Honestly, I wasn't trying to make a political statement," Harden said before the Rockets' practice Friday. "I honestly wore it just because it covered my whole face and my beard. It's pretty simple."

Thursday was Harden's first day practicing with the Rockets at the NBA's Walt Disney World campus after arriving five days after the team's flight. Harden said he was considering ways that he could voice his support for the Black Lives Matter movement during the season's restart, including whether he would have a social justice message on the back of his jersey. He reiterated that on Friday.

"I'm in the process of doing that right now," Harden said. In regard to police, Harden said, "There's people who do their job at a high level and there's BS people in every profession."

On Thursday, Harden expressed pride about Houston's reaction to the death of George Floyd at the hands of Minneapolis police, which led to protests throughout the world. Floyd's funeral was in Houston, the city where he grew up.


"The way the city just, like, rallied, it was amazing," Harden said Thursday. "I think the world saw it, how so many people could come together so close. Obviously, it was for a tragic reason, but the marching and everything we're standing for is very powerful."

After finishing that virtual news conference, Harden put on the Thin Blue Line mask, unaware of what it represented, he said.

"It was just something that covered my whole beard," Harden said. "I thought it looked cool. That was it." 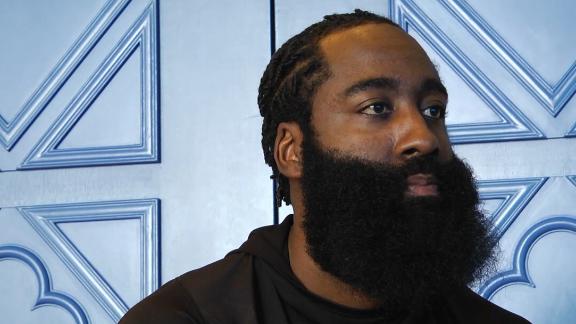 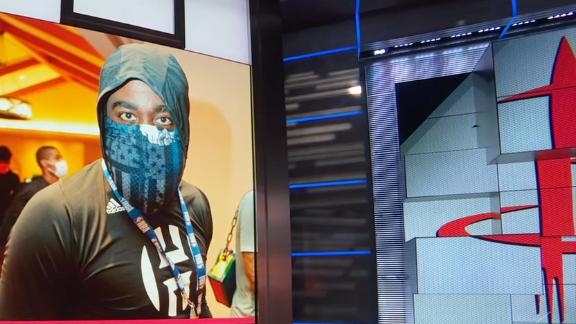 How James Harden plans to move on from mask incident
Malika Andrews reports on the pro-police face mask James Harden wore, that he says was not a political statement, and how he's still considering which message he might wear on his jersey.
Report a correction or typo
Related topics:
sportsespnnewsjames hardenhouston rocketsnbaworld world
Copyright © 2021 ESPN Internet Ventures. All rights reserved.
More Videos
From CNN Newsource affiliates
TOP STORIES