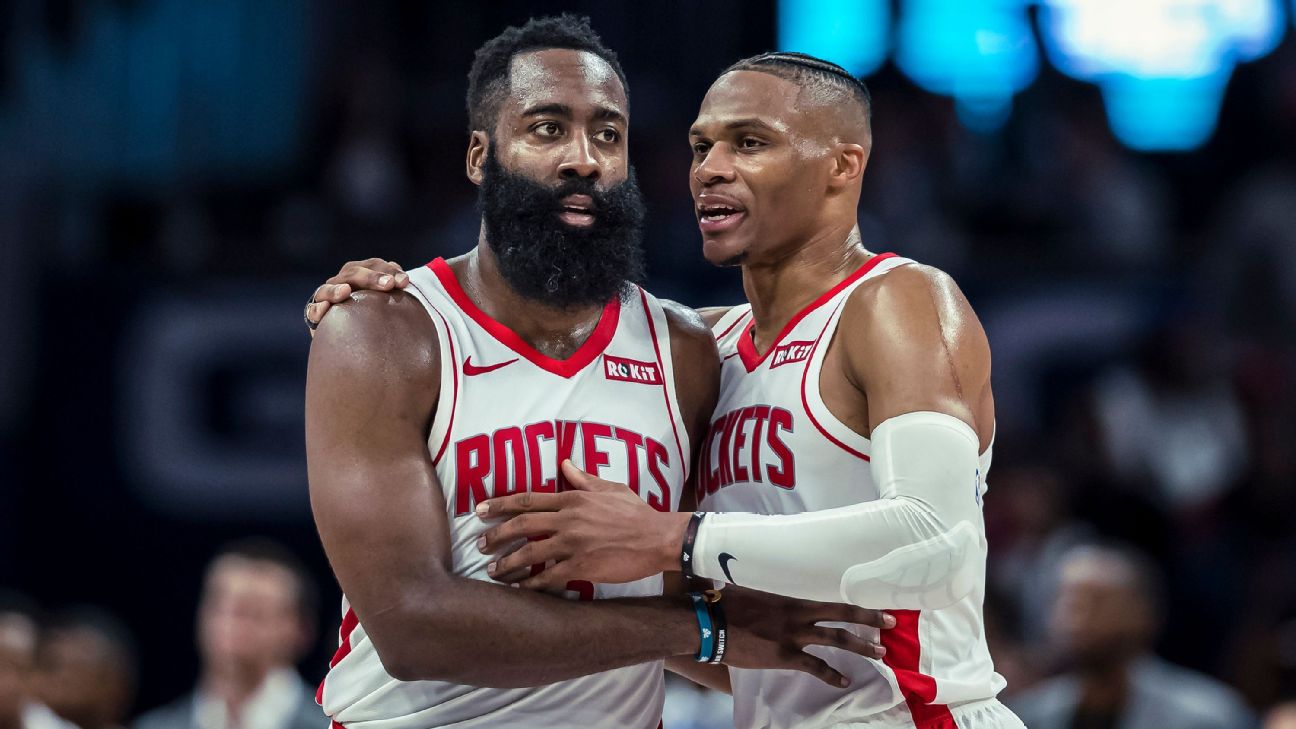 Not long after George worked a trade out with theOklahoma City Thunderto go home and play for the LA Clippers, the All-Star watched Westbrook land with theHouston Rocketsto join forces with his friend Harden.

As George plays against Westbrook for the first time since both departed OKC after two seasons together, George says he never had any doubts about how Westbrook would work with Harden.

"I knew it was going to work," George said at the morning shootaround before the Clippers face the Rocketson Friday night. "Russ is a winner. Russ wants to win, Russ does whatever it takes to win. My time playing with him, Russ doesn't really have an ego. He puts his ego to the side.

Playing alongside Westbrook, George finished third in MVP voting last season, averaging career-highs of 28 points and 8.2 rebounds to go with a career-high-tying 4.1 assists per game.

The Thunder, though, lost in the first round of the playoffs for the third straight season, with George's shoulders ailing and both requiring surgery in the offseason. When Kawhi Leonard approached George in early July to recruit him to join forces, George said he spoke to Westbrook to gauge his feelings and about wanting to return home to L.A.

"I made sure that was the first thing that I did was talk to Russ and get his temperature and see what he was looking [for] and see where he was at with things," George told ESPN in October during Clippers training camp. "The relationship [with Westbrook] never stopped. The relationship never was a part of the reason why I left. Me and Russ got along great. I enjoyed [it]. I learned so much from playing alongside Russ. He made me a better player and person."

In his return from surgeries to repair a partially torn tendon in his right shoulder and a partial tear of his left labrum, George is averaging 28.3 points, 6.3 rebounds and 4.8 assists.

Westbrook is averaging 21.8 points, 7.9 rebounds and 6.9 assists this season.

"The relationship with him was great," George said in October of his friendship with Westbrook. "It just came down to that point in my career where this is ultimately where I want to ride this thing out at. And that's how I looked at it."

Friday will be George's fifth game with the Clippers but it's expected to be just his second playing alongside Leonard. The reigning Finals MVP returned on Wednesday from a left knee contusion injury that sidelined him for three games.

George is saying he hopes this is the last stop of his NBA career.

"This journey has been a blessing," the Palmdale native said. "Not a lot of people get to say they played back home, and honestly I'm hoping that this is the closing of my journey to be able to finish here in L.A.

"It's a great chapter, great last part of my book, hopefully. And I'm looking forward to doing big things here." 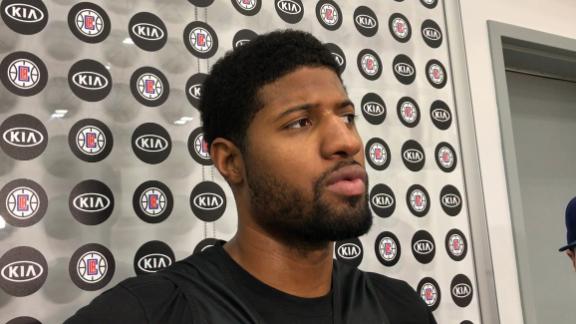 George had no doubt Harden-Russ pairing would work
Paul George knew that the Rockets' guard tandem would work because of Russell Westbrook's winning mentality. 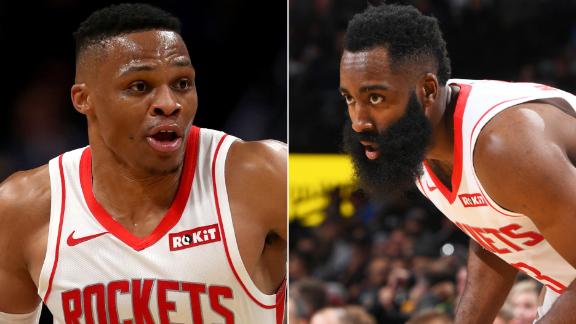