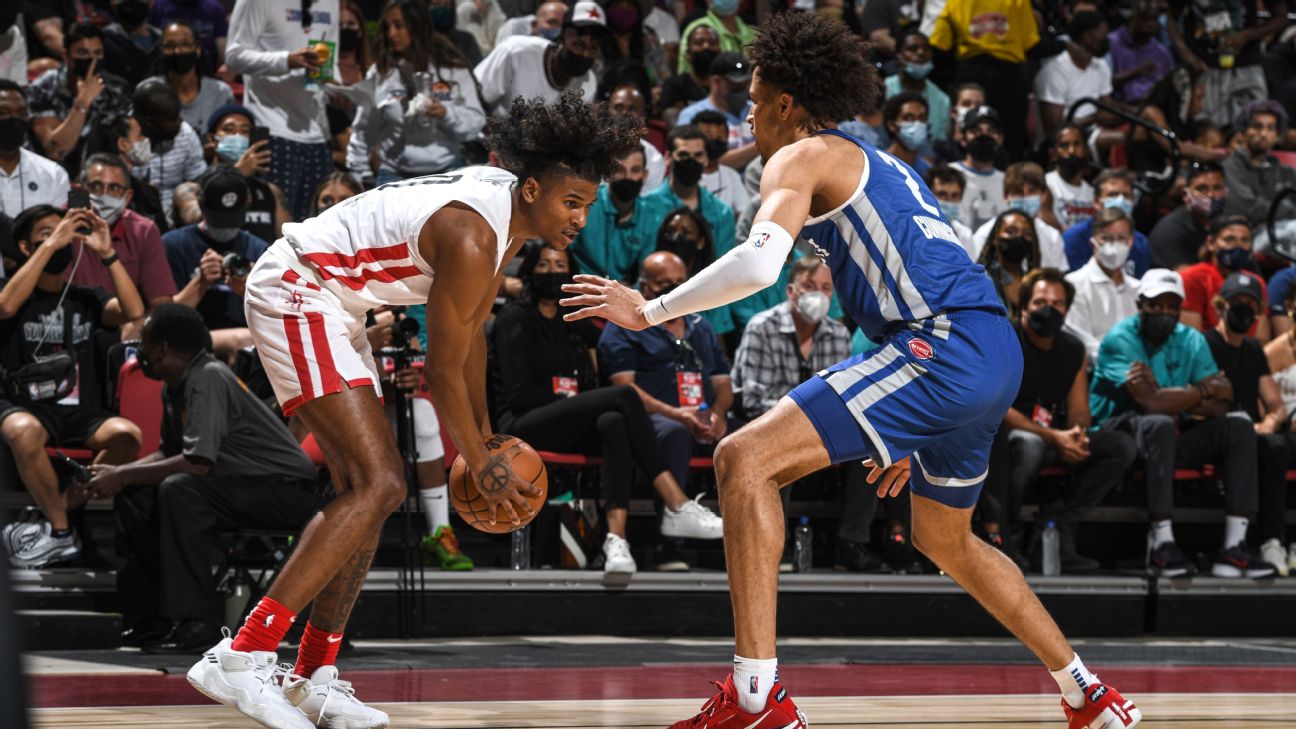 In a featured showdown between the No. 1 and No. 2 draft picks, it was Jalen Green who received more offensive help from his teammates Tuesday night in the Houston Rockets' 111-91 win overCade Cunninghamandthe Detroit Pistonsat the NBA summer league in Las Vegas.

Green -- the second overall pick, who bypassed college basketball to play in the G League -- scored 25 points in 30 minutes, going 6-of-11 from the field and 10-of-11 on free throws. His third and final 3-pointer gave the Rockets an 18-point lead with two minutes left.


"I feel like I handled it pretty well," Green told the Houston Chronicle. "I could have handled it a lot better. I was trying to get my teammates involved. I know I had a lot of turnovers [four]. But I was still trying to get everyone involved and not make it a one-on-one battle between me and Cade. I could have turned around and did that for myself, but we end up getting the win so that's all that matters."

Cunningham -- the first overall pick after spending one season at Oklahoma State -- was 8-of-18 from the field for 20 points to lead Detroit.Luka Garza, the high-scoring big man out of Iowa who was drafted No. 52 overall, added 15 points for the Pistons.

"I know what the hype and everything was going into the game, and that's a given," Cunningham told The Athletic. "My main goal was to go in and get the chemistry right with our young core and figure each other out. I was just trying to go in and play my game.

"I know what the hype was around the game, but we have bigger goals to try and reach and bigger fish to fry. This is a summer league game. We have to try and focus on how we can be the best we can be for the regular season."


Asked what it was like going up against Cunningham for the first time as pros, Green told ESPN that he respects the Pistons' star rookie.

"It was fun," Green told ESPN. "He's a good player. ... I have respect for him, that's the reason we come on the court, and we're gonna battle it every time. So it was a good game overall."

Josh Christopher, the No. 24 selection out of Arizona State, helped Green run the Houston offense with 15 points and seven assists. Turkey's Alperen Sengun, the No. 16 pick, controlled the paint for Houston with 21 points, 8 rebounds and 3 blocks. 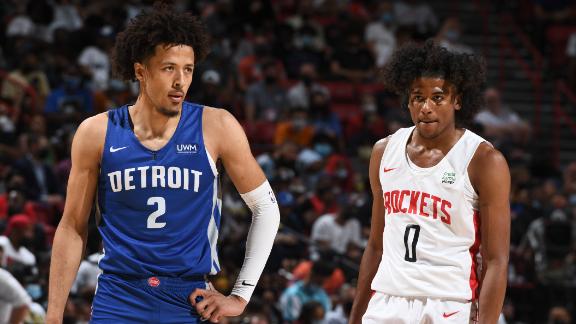