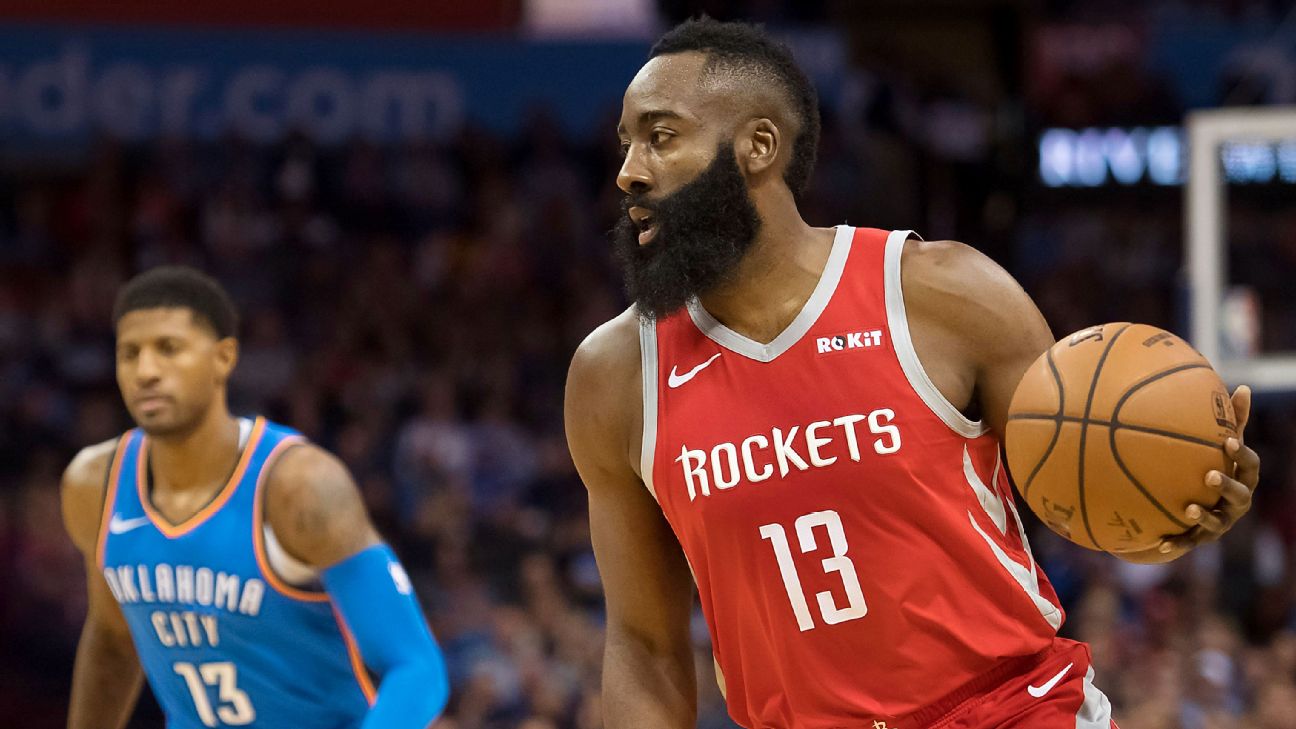 OKLAHOMA CITY -- Coach Mike D'Antoni summed up the state of the Houston Rockets' offense with one word.

"Yuck," D'Antoni said after Houston's 98-80 loss to the Oklahoma City Thunder on Thursday night, when the Rockets recorded their lowest point total in a regular-season game during his two-plus-season coaching tenure.

Houston was a historically elite offensive team last season, when it led the NBA in offensive rating, averaging 114.0 points per 100 possessions, according to NBA.com/stats. The 4-6 Rockets rank 26th this season (103.9), a puzzling exception to the league-wide offensive explosion.

The Rockets, who have significantly improved their defense after a dreadful first five games on that end of the floor, hit a new low Thursday night. The loss marked the third time this season Houston has failed to score at least 90 points, matching the combined total of the previous two seasons under D'Antoni.

"Really, our offense is anemic," D'Antoni said. "I mean, it's bad. ... I don't know if we're just sagging because we're not believing in what we're [doing]. I don't know. We've got to find the answers. I can't tell you today, 'Oh yeah, it's this,' and we'll solve it tomorrow. No, we've got to work through this and figure out what we need to do. But our offense right now is not very good."

Chris Paul, who has career lows in field goal percentage (39.3) and 3-point percentage (27.1), offered a simple answer for what ails the Rockets' offense.

"Man, part of it has probably gotta be, I ain't made no shots," said Paul, who had 10 points on 4-of-11 shooting against the Thunder. "I mean, that'll probably help if you see some go through."

Paul has been dealing with a sore right elbow since an Oct. 26 loss to theLos Angeles Clippersbut declines to discuss the injury. Since his 32-point performance in a Nov. 2 win over the Brooklyn Nets, Paul has shot 11-of-34 from the field and 0-of-13 from 3-point range.

Asked how much his elbow is affecting his shooting, Paul said, "I can make some shots, you know what I mean? Aside from that, I think me playing better will help us play better."

The Rockets signed Carmelo Anthony this summer hoping that the former All-Star could be an efficient complementary scoring threat. But Anthony has been wildly inconsistent and had one of the worst shooting performances of his career in his return to Oklahoma City, where he played last season.

Anthony scored two points on 1-of-11 shooting in 20 minutes, his lone field goal coming on a goaltending call despite having several good looks at the basket.

"I missed those looks, some open joints, some open shots I missed," said Anthony, who is averaging 13.4 points on 40.5 percent shooting, just a tenth of a percentage point better than his career worst with the Thunder last season. "As a team, we didn't shoot the ball well tonight. Extremely poor. I think that kind of got to us a little bit. Our energy, our spirit was a little down because of that."

The discussion of sagging spirit was a theme throughout the Rockets' locker room after their three-game winning streak, fueled by strong defense and a soft stretch of schedule, was snapped.

"It's tough," said James Harden, who had 19 points on 7-of-19 shooting. "Anybody, any player in this league, if you've got open shots and they're not falling, it's going to mess with you a little bit. That's where we take each other to kind of get each other out of that funk and just keep the positive energy going."

The Rockets haven't been able to sustain any semblance of rhythm early in the season, when their rotation has been erratic due to Paul's two-game suspension and Harden, small forwardJames Ennisand guard Eric Gordon missing multiple games because of injuries.

The Rockets still believe they're generating good looks but are frustrated that they've shot so poorly, particularly from 3-point range (32.7 percent, 25th in the league) and in the restricted area (52.7 percent, more than 5 percent worse than league average).

"The first thing is we've got to start imposing our will and get our swagger," D'Antoni said. "A lot of it is mental energy. We've got to find a happy spot and then go compete."