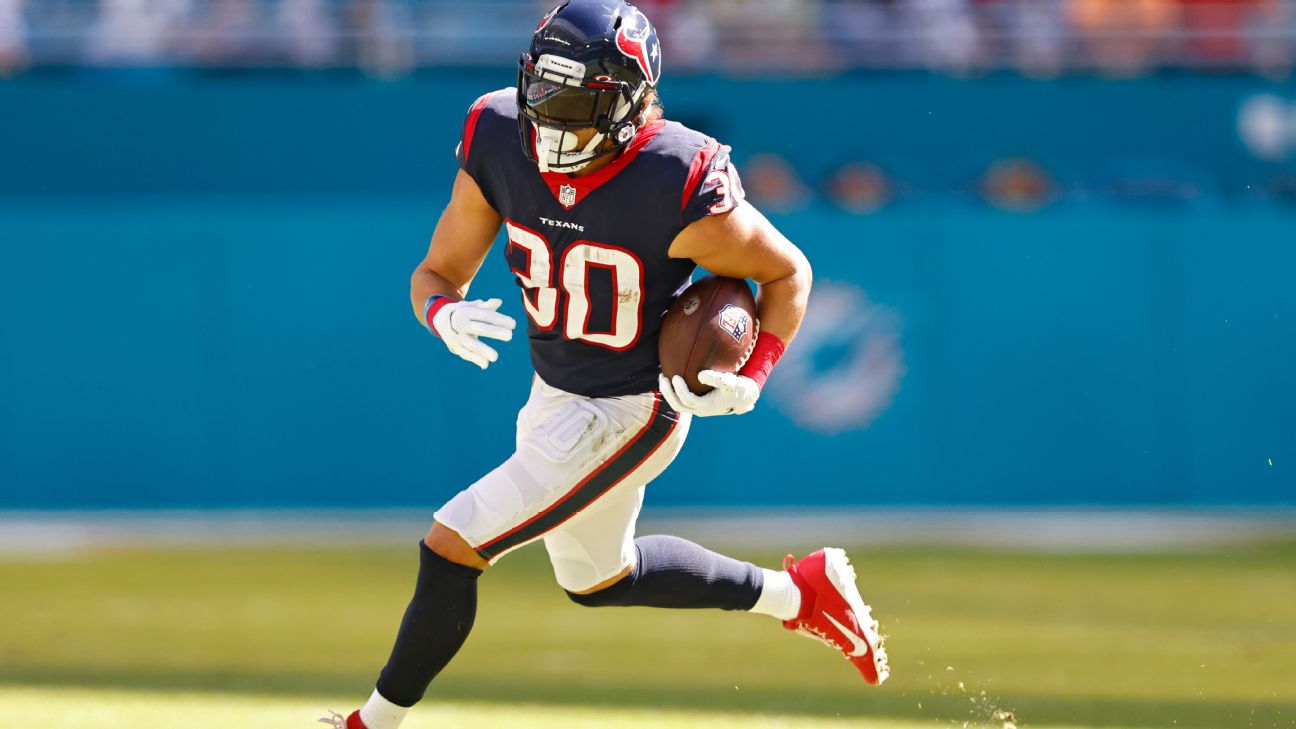 HOUSTON -- The Texans have waived running back Phillip Lindsay, the team announced Tuesday.

He will become a free agent if he goes unclaimed by another team on waivers.


Lindsay ran for 130 yards and a touchdown in 50 attempts this season for a team that ranks 31st in Football Outsiders' rush DVOA. Lindsay lost 3 yards on his only carry in the Texans' 22-13 victory over the Tennessee Titans on Sunday.

The Texans signed Lindsay to a deal in March worth $3.25 million with $1 million guaranteed and $500,000 in incentives.


The former Pro Bowl running back became available this offseason when the Denver Broncos rescinded the RFA tender they had placed on him that would have allowed them to match any contract but would not have provided the team any compensation if he signed elsewhere.