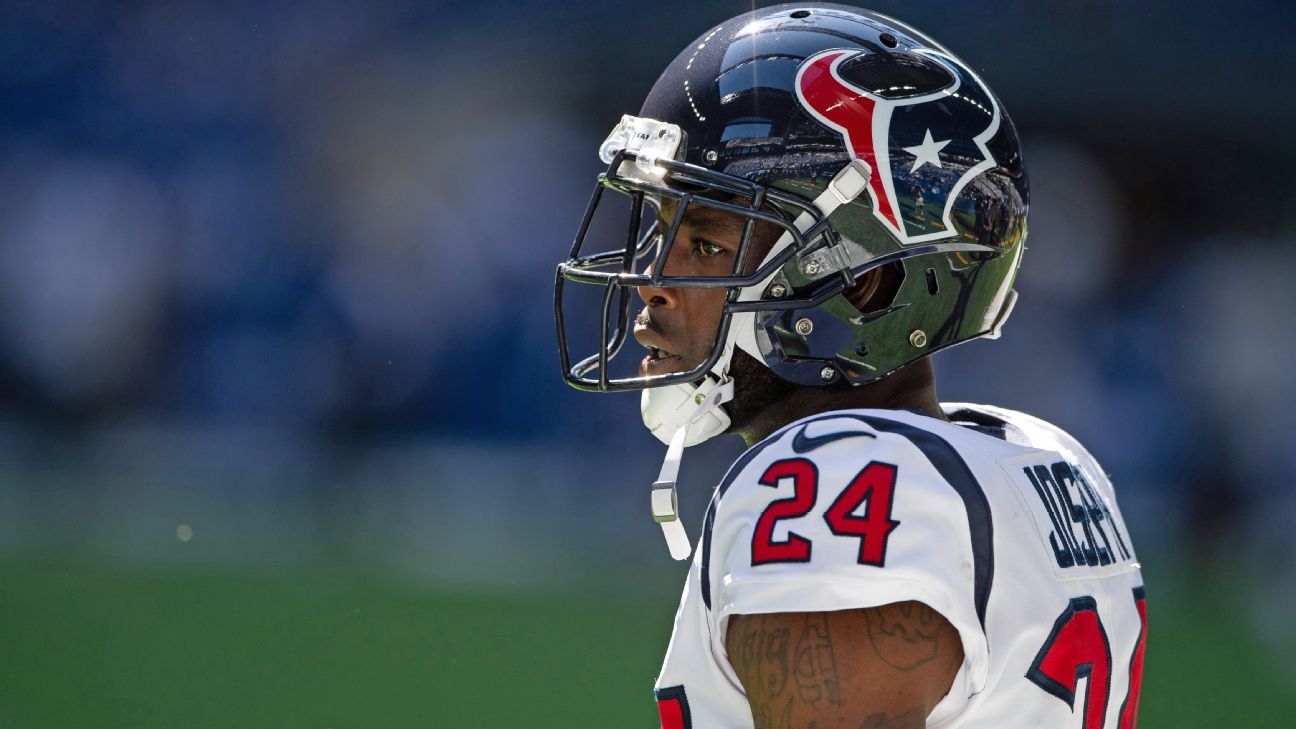 FormerHouston Texanscornerback Johnathan Joseph told ESPN on Wednesday that he is signing with the Tennessee Titans on a one-year deal.

"I'm familiar with the coaches and the division, and they went to the AFC title game last year," Joseph told ESPN's Josina Anderson.

Joseph added that his son, Jay'Vion, is set to play his senior year of high school football in North Carolina, and he could travel from Nashville on Fridays to watch his son play.

Joseph, a free agent, has played for the Texans since 2011. He saw his role diminish last season, playing less than 60% of the team's defensive snaps, which was the lowest percentage of his career. He played more than 75% of the Texans' snaps in 2018.

Joseph, who turns 36 on April 16, finished the 2019 season with one interception and 51 total tackles. He has been selected to two Pro Bowls in 14 NFL seasons and has 31 interceptions, 195 passes defensed, 7 forced fumbles, 5 fumble recoveries and 754 tackles in his career. He has scored eight career touchdowns.

Joseph was drafted in 2006 by the Cincinnati Bengals, with whom he played five seasons.

Joseph brings veteran experience to the Titans' secondary. The addition of Joseph likely means that veteran free-agent defensive back Logan Ryan is not returning to the Titans.

Ryan was the primary slot defender for the Titans since he joined the team in 2017. Although Joseph isn't likely to be a slot defender, his experience lining up on the outside will allow Adoree' Jackson or rookie Kristian Fulton to bump inside in sub packages.