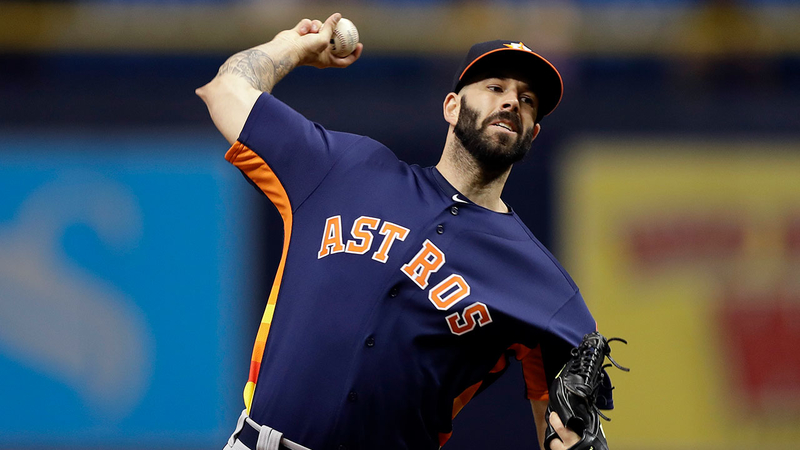 "Whatever, I don't care. I've dealt with a lot of death threats before. It's just another thing on my plate," the Oakland Athletics pitcher told the San Francisco Chronicle on Thursday.

Fiers revealed to The Athletic in November that the Astros were stealing signs illegally, using cameras during their 2017 World Series championship season. Fiers was a member of that team. He joined the Detroit Tigers as a free agent after that season and was later traded to the Athletics.

"If I'm worried about any retaliation, I'm not going to be ready for the season," he told the newspaper.

On Tuesday, baseball commissioner Rob Manfred said, "We will take every possible step to protect Mike Fiers wherever he's playing, whether it's in Houston or somewhere else."

Fiers told The Athletic on Wednesday that "I can defend myself" and that he doesn't need extra security from Major League Baseball during the 2020 season. But he told the Chronicle that he is concerned about the safety of his family.

The A's spoke to MLB vice president and deputy council Bryan Seeley about threats made against Fiers in January, according to the newspaper.

"I said from the beginning, 'I'm not away from this. I was part of that team, I was one of those guys,'" Fiers said. "Suspensions, fines -- I'm willing to take as much punishment as they do. If they ask me to [return the ring], it's not the end of the world."