Eddie Lacy: Weight 'none of my concern' until Packers say it should be 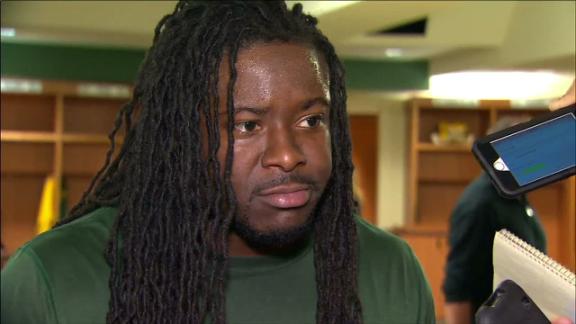 GREEN BAY, Wis. -- Eddie Lacy doesn't care what the pictures look like. He only cares what the scale says.

And the Green Bay Packers running back said that hasn't been a problem despite rumblings -- and unflattering photos -- saying he's overweight.

The Packers list 5-foot-11 Lacy at 234 pounds, which is three pounds heavier than he was at the NFL scouting combine in 2013. Coach Mike McCarthy said this week that Lacy is "bigger than he was as a rookie" but does not see his weight as an issue.

It became a topic of conversation after Lacy was limited to four carries for 3 yards in the Packers' most recent game, a 27-20 win over the San Diego Chargers on Oct. 18, when backup James Starks started the game and received the bulk of the carries.

Lacy battled an ankle injury earlier in the season but was not listed on the injury report leading up to that game.

Lacy said the ankle injury did not affect his ability to stay in shape, but he wouldn't reveal his exact weight.

Early in training camp, a person familiar with the weigh-ins said Lacy was at 242.

Lacy was referring to general manager Ted Thompson, who can fine players for being overweight at the weekly weigh-ins.

"It's based off of photos that float around, so that's not none of my concern until it comes from the guy upstairs on the third floor," Lacy said. "Until it comes down from there, I'm not concerned about it."

McCarthy said Thursday that Lacy is "starting to get back to himself."

Lacy, who has rushed for at least 1,100 yards in both of his first two seasons, has 260 yards through six games. He missed most of the Week 2 game against theSeattle Seahawks, when he sprained his right ankle.

Lacy said the bye week film review showed his running posture had changed from his first two seasons, so he has focused on getting his pads lower and square during practice this week.

"Watching film, I noticed I would take a hit and I would break the tackle, but I would break it sideways, which allows other people to come tackle me versus in years past my pads would be low," Lacy said. "So when I take the hit, I'm still moving forward. It's just getting my pads down and getting back to basics." 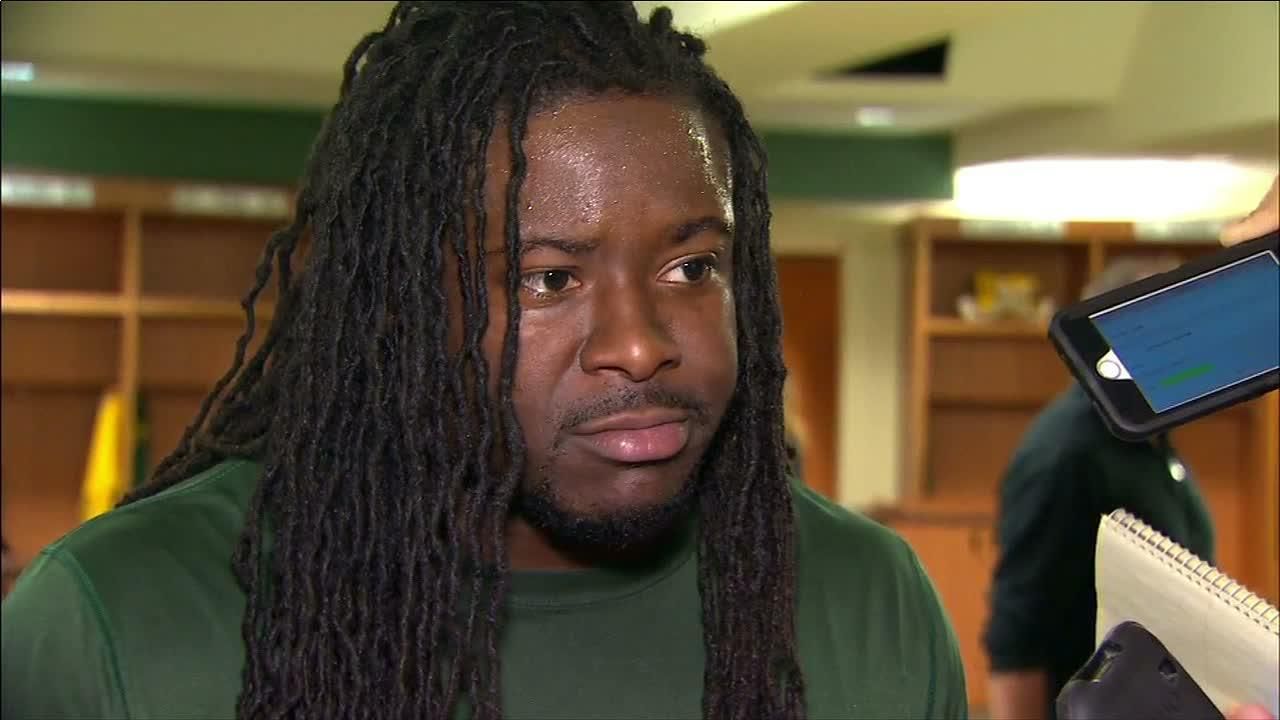 Lacy: Not everyone is meant to look like AP
Packers RB Eddie Lacy believes he can be effective as a larger runner, comparing himself to other larger running backs such as Brandon Jacobs and Jerome Bettis.