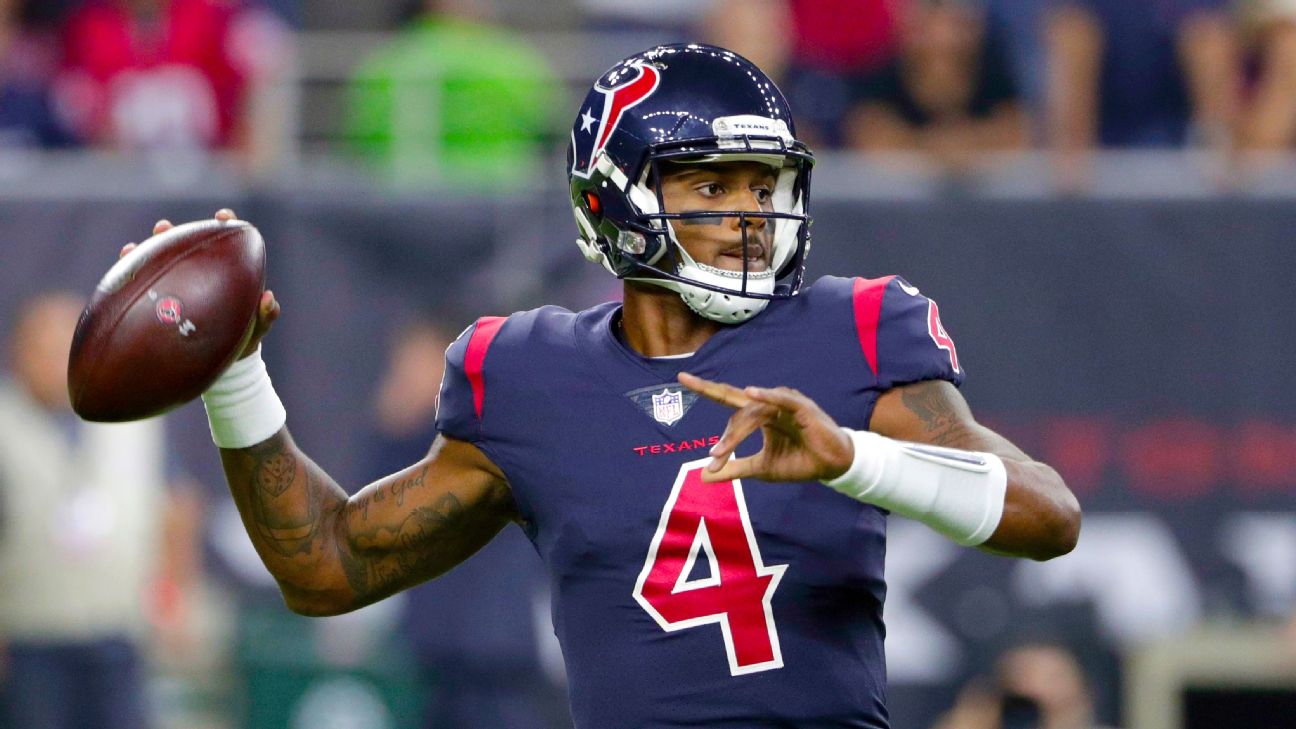 ESPN
By Sarah Barshop
HOUSTON -- Less than a week after Deshaun Watson had to take a 12-hour bus ride to Jacksonville to ensure he could play in the game due to lung and rib injuries, the Houston Texans quarterback threw for five touchdowns in the team's 42-23 victory over the Miami Dolphins on Thursday night.

It took until the eighth game of the 2018 season, but the Texans' offense looked like the version the team was hoping for entering the year, and Houston finally got a glimpse of the quarterback who lit up the NFL last season before he tore his ACL in early November.

On Thursday, Watson completed 16 of his 20 passes for 239 yards and a season-high five touchdown passes. Those five touchdown passes tied his career high, which he set last season against the Kansas City Chiefs. The second-year quarterback did not throw an interception for the second straight week.

"We were executing, sticking to the details, playing free," Watson said. "We got our swagger back today. We just wanted to have fun and try and light up the scoreboard in prime time, and that's what we did."

Watson has been playing hurt after injuring his lung and ribs in the Texans' Week 5 victory over the Dallas Cowboys. He was listed with a chest injury on the injury report all week but was a full participant in practice.

The quarterback said he "felt great" on Thursday night and that he had plenty of time to rest between games.

"The biggest thing was more mental," Watson said. "And then getting a lot of rest and treatment and rehab. And then having three days off -- it's going to be fun. A lot of fun."

Watson is the first quarterback in the Super Bowl era to have multiple games with five touchdown passes within his first two seasons, according to ESPN Stats & Information. The Texans had 427 net yards and scored on all four of their red zone opportunities.

For the first time this season, the Texans were able to lean on big offensive plays from their offensive stars. Watson's third touchdown pass was a 73-yard completion to wide receiver Will Fuller, who beat his defender across the middle and down the right sideline before trotting in the final five yards into the end zone. The pass was the longest touchdown of both Watson's and Fuller's careers. The pair have now connected for 11 touchdowns in 11 games played together.

"I said earlier in the offseason, I think we've got the best offense in the NFL," wide receiver DeAndre Hopkins said. "What we put up tonight against a pretty good defense, what we've shown in these past five games that we've won, we're up there with the best of the best."

"I don't even know how explosive we can be. I know it's top-notch, and we just have to keep working," Watson said.

Thursday's victory puts the Texans at 5-3 at the midway point of the season and ensures an outright lead in the AFC South entering Week 9. Houston now has won five games in a row after its 0-3 start to the season. According to ESPN Stats & Information, the Texans were one of 233 teams to start 0-3 in the Super Bowl era. They are just the fifth team to go to 5-3 immediately after going winless in their first three games.

"I think the type of guy he is, if you're around him every day, I think he's the type of guy that gives everybody hope," O'Brien said. "He's a great guy in the locker room, works very hard, young player, young player that's getting better and better. Very level-headed guy, not an overly emotional guy.