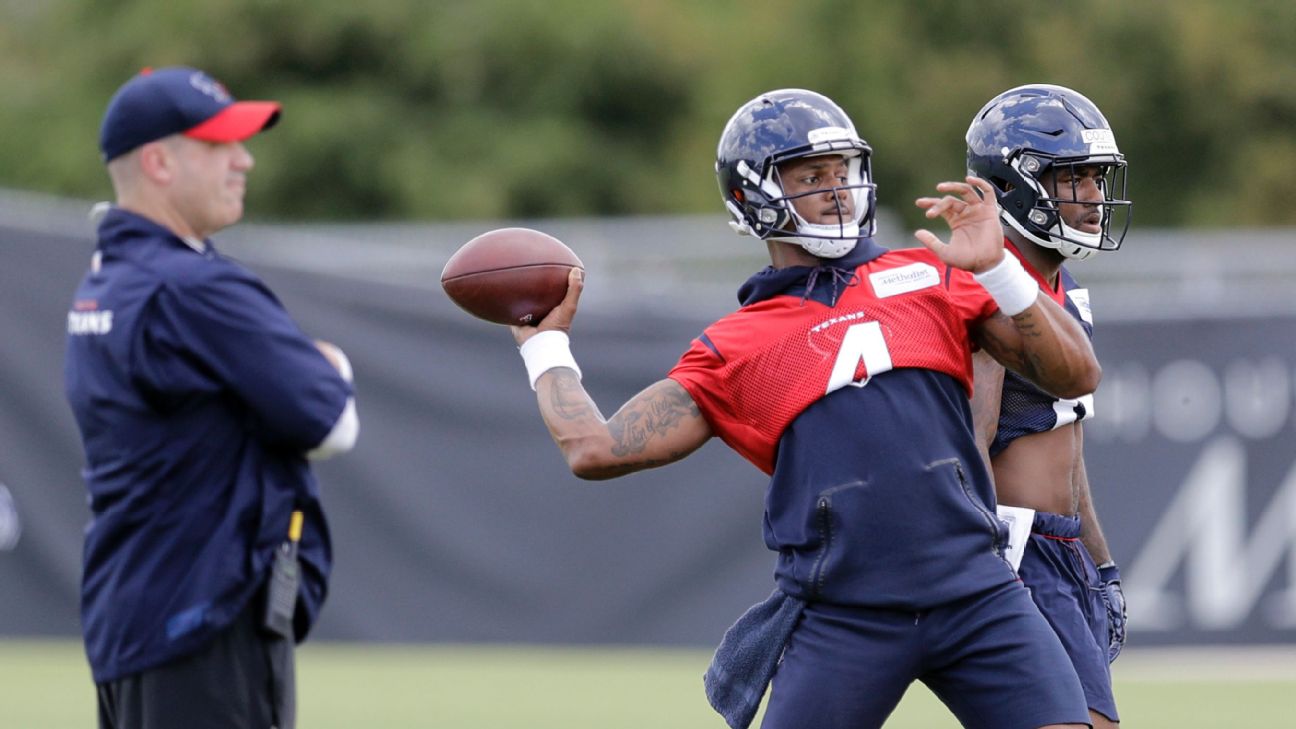 Both players are coming off serious injuries that forced an early end to their 2017 seasons and put them on injured reserve. Watt broke his leg in the Texans' Week 5 loss to the Kansas City Chiefs; Watson tore the ACL in his right leg in an early November practice and had surgery shortly after.

Throughout the Texans' spring workouts, Watson and Watt both said they were optimistic that they would be ready for the regular season.

"[Watson is] cleared and ready to go," Gaine said. "We'll be efficient, we'll be smart [and] we'll be productive at the same time. But he's full-go, ready to go, [and we've] just got to be smart.

"[Watt is] full-go, he's ready to go, just like we talked about with Deshaun. He is coming off of a major injury. ... We're going to get our work done. But at the same time, [there's] that healthy balance between being smart and going and getting it."

Watson was able to participate in 7-on-7 team drills during OTAs, but he did not face a pass rush.

Watt primarily worked off to the side during the spring workouts, but he said in April that his rehab was "going really well" as he works back from his leg injury.