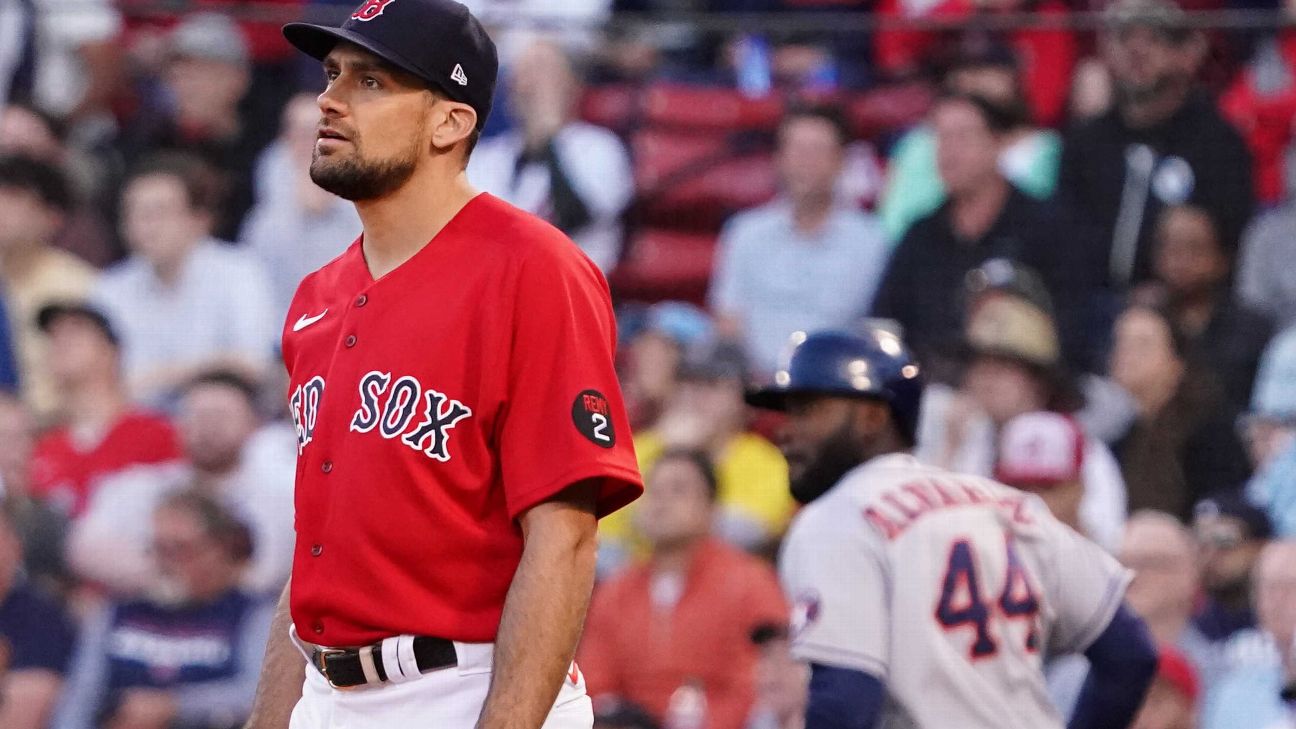 In his Fenway Park start against the Houston Astros, Eovaldi lasted just 1 innings, allowing eight hits and six earned runs while striking out none. In the second inning, after working a three-up, three-down first, Eovaldi allowed homers to Yuli Gurriel, Michael Brantley, Jeremy Pena, Kyle Tucker and Yordan Alvarez as Houston raced out to a 9-1 lead amid boos from the Boston faithful.


"They did an outstanding job hitting mistakes," Red Sox manager Alex Cora said after the 13-4 loss. "We didn't get any swings and misses. Obviously, it's surprising. Now, we just have to move onto the next one."

"In the past, I feel every time I've faced the Astros, they came out swinging, and try to jump on the fastball," he said. "I was able to locate it in the first, had a quick first inning. Tried to do the same thing the second inning, and they didn't miss."

Reliever Tyler Danish was called upon by Cora to finish the inning. It was the Astros' first five-homer inning in team history, according to ESPN Stats & Information research, and it was the first time Boston had allowed five in the same frame. Danish was one of seven pitchers the Red Sox used in the loss in which Houston hit six home runs total.

"Just some days you're swinging it,'' Astros manager Dusty Baker said. "It was our day today.''

Eovaldi, Boston's Opening Day starter this season, had a strong campaign last year as the Red Sox advanced to the American League Championship Series. The veteran allowed 15 homers in 32 starts last season, but so far this season, he's allowed 14, the most in the majors.


"He's a strikethrower, right? He was in the zone, and they had a gameplan," Cora said. "And they got good pitches to hit. I think that's the bottom line."

Eovaldi is among a number of Red Sox veterans struggling in the early going. Boston, which rallied to defeat the Astros 6-3 on Monday in the series opener, is now 14-22, a half-game out of last place in the AL East.

"Body wise, I feel really good. Mechanically, I felt good," Eovaldi said. "But again, I have to come out of the gate locked in on my location a little bit better.

"I have to do a better job of mixing my pitches, and attacking them differently."

The other two pitchers to match Eovaldi were Chase Anderson in 2020 and Michael Blazek in 2017. 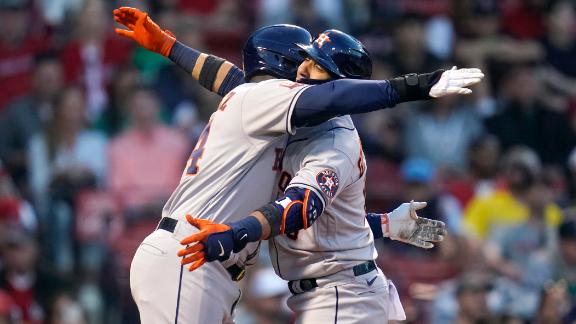