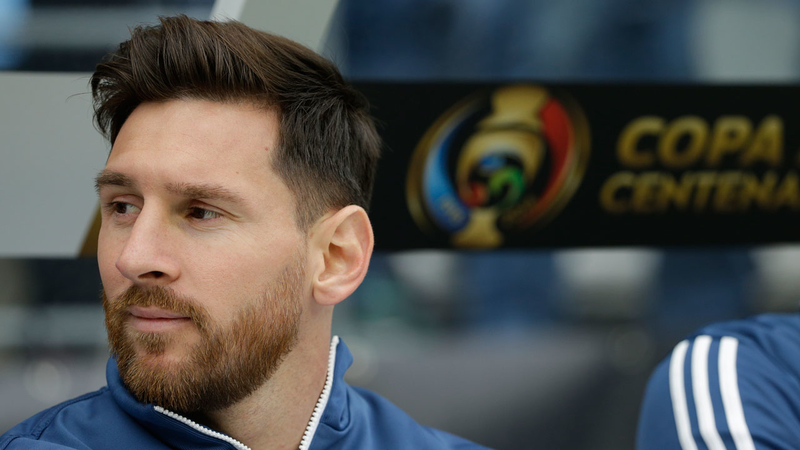 Lionel Andrés "Leo" Messi is an Argentine professional footballer who plays as a forward for Spanish club Barcelona and the Argentina national team.

But that's not all there is to know about him.
EMBED More News Videos

He was born June 24, 1987, when Ronald Reagan was president and everyone was listening to Whitey Houston's huge hit I Wanna Dance with Somebody (Who Loves Me.)

That also means "Leo" is really a Cancer, making him loyal, tenacious, intuitive and independent.

Messi's not tall, standing at only 5'7". He can blame a childhood hormone deficiency for that.

Messi with team Argentina at practice

Technically, he's a middle child (third of four siblings). Not sure how that plays out for that whole eldest child/high achiever stuff.