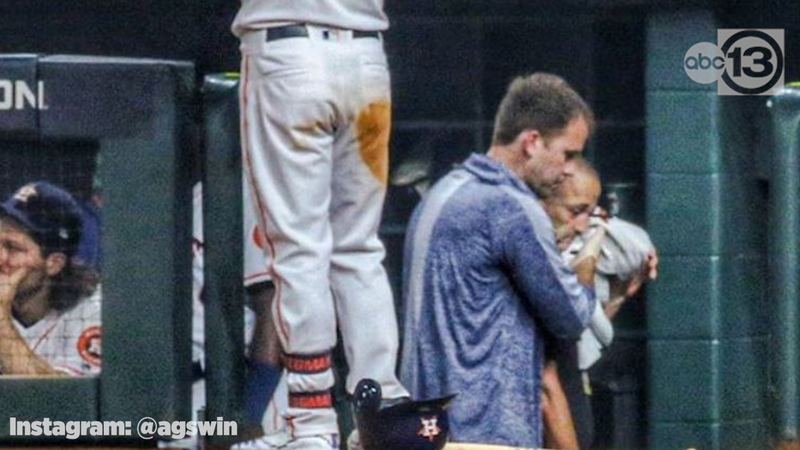 HOUSTON, Texas (KTRK) -- The Harris County Emergency Corps released a statement saying the paramedic hit by a foul ball in Game 2 of the ALCS has been released from the hospital. 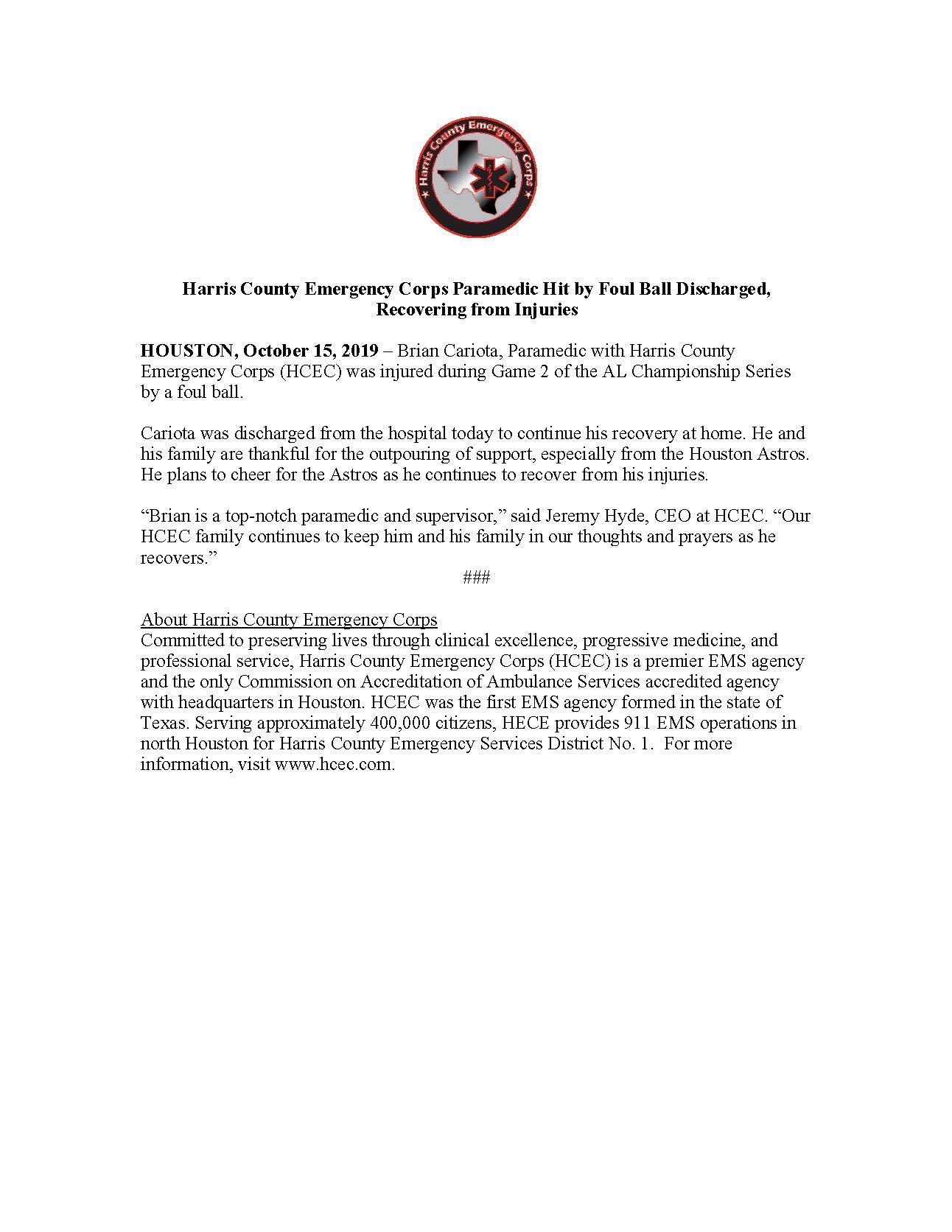 Brian Cariota was in Astros dugout when a foul ball came from Houston's Michael Brantley. He exited with a towel over his head.

Astros pitcher Gerrit Cole stayed with Cariota until he was able to receive medical attention.

Play between the Astros and New York Yankees was briefly halted after the accident in the fifth inning, and manager AJ Hinch came on the field to console a shaken-up Brantley.

"It was heart wrenching. We didn't know who it was, it was in the dugout, home dugout, and we weren't sure who got hit," said fan Cindy Taylor.

Springer with his arm around Brantley as they walk out to the outfield. Trying to help his friend shake off the foul ball that hit someone in the #Astros dugout. Very scary moment in Game 2 #TakeItBack

Several Astros players were shown in the dugout looking distraught, as were Yankees players who had a view into Houston's dugout. Houston stars Carlos Correa and George Springer both could be seen putting their hands on their heads and then looking away seconds after the ball entered the dugout.

The Astros extended the protective netting at Minute Maid Park to cover more of the seating area earlier this year, but there is no such protection for the dugouts. The move came after a 2-year-old girl suffered a skull fracture when she was struck by a foul ball during a May game in Houston.

The wife of a paramedic who was hit by a foul ball during ALCS Game 2 is speaking out after the incident.