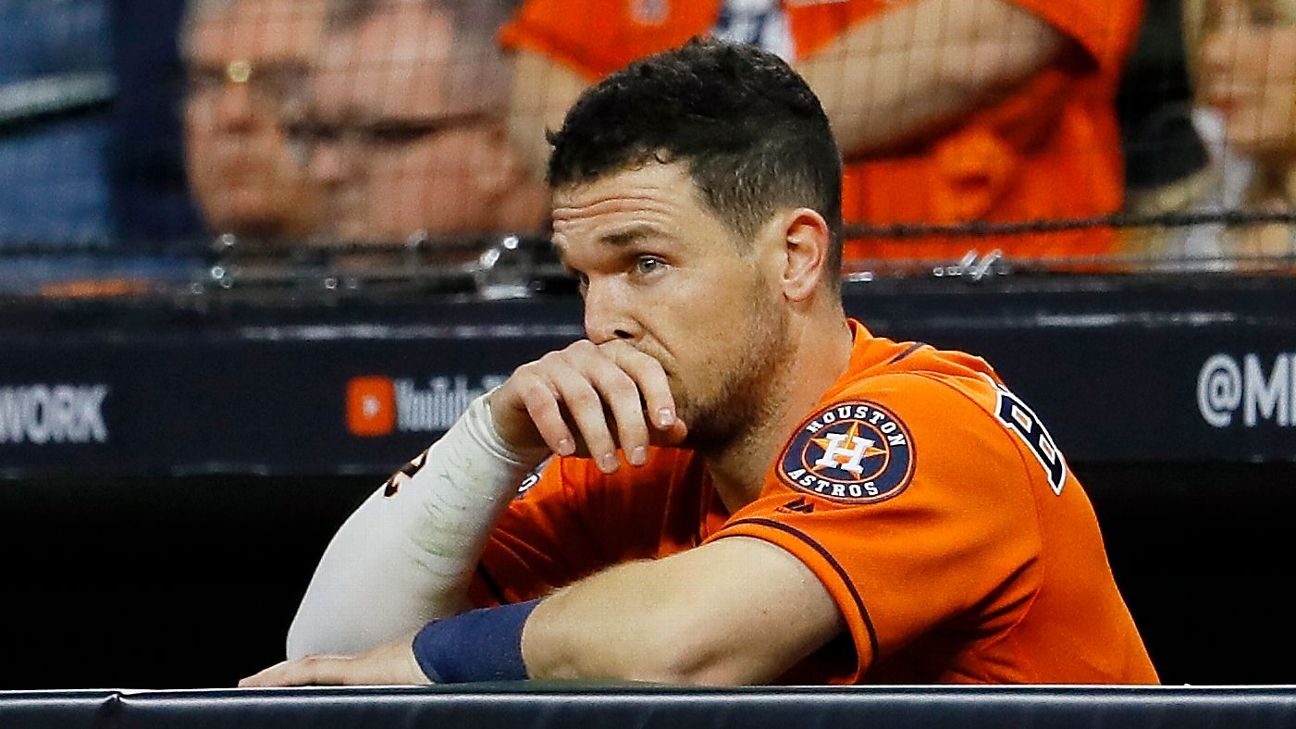 
Bregman doubled to right field to lead off the fourth inning and began to favor his right leg before reaching first base. He limped into second base and immediately was removed from the game. Abraham Toro came in to run for Bregman.

"I felt it when I was running down the line to first base, right about when I was going to make the turn to second,'' Bregman said. "Disappointed. I want to be out there every day, playing with my guys. I was starting to feel pretty damn good. Think right now just go with it day to day and see how it feels [Thursday].

"I'll get it evaluated, day to day and see what happens. Who knows, maybe I'll be playing here pretty soon."


Bregman, a two-time All-Star, is hitting .267 with four home runs this season. He struck out in his first at-bat Wednesday against the Rockies.