Led by Houston State Representative Senfronia Thompson, the proposed reforms would be filed when the legislature reconvenes in Austin next January.

On Thursday, a majority of the Texas Legislative Black Caucus, joined by members of the Floyd family, held a Zoom call discussing the plan.

This bill contains the following provisions:

1.) A state cause of action for deprivation of rights under color of law, to address qualified immunity and caps on damages.

2.) New and amended duties of police as follows:


3.) Use of force rules narrowed

4.) Ends arrest for non-jailable crimes, only violations and requires a policy

5.) Requires corroboration for the testimony of an undercover police officer in narcotics cases (just as corroboration is required for informants)
6.) Requires violations of policy and law by police to be set out in a clear, progressive disciplinary matrix that cannot be overturned or changed by contract with police union. With adherence to matrix, discipline is presumed reasonable on appeal.

State Rep. Harold Dutton said after video of Floyd's death was seen around the world, there's been a shift in the public conscious, and he believes there are enough votes to pass the bill.

"When we talked about it before, sometimes people didn't really get the message," said Dutton, who chairs the Criminal Justice Committee in the Texas Legislature. "Now they have seen it, and what they saw, I think touched their conscious. I think the legislature, is also not exempt from that."

Other lawmakers said they hope that Gov. Greg Abbott will make the George Floyd Act an emergency item and allow lawmakers to pass the bill within the first 90 days of the next legislative session.

Rep. Thompson said she expects push back from various stakeholders but believes there is enough will-power for some version of the bill to get signed into law.

Floyd's brother Rodney, who was on the call, said he has faith in the legislative process, and believes 'Big Floyd' is watching from above.

"I know he's going to be smiling and cheering that on," he said. "Floyd's a great hugger, he would be hugging everyone."

4 ex-officers in George Floyd's death blame one another

Weekend of protest: Peaceful at Derby, unruly in Portland 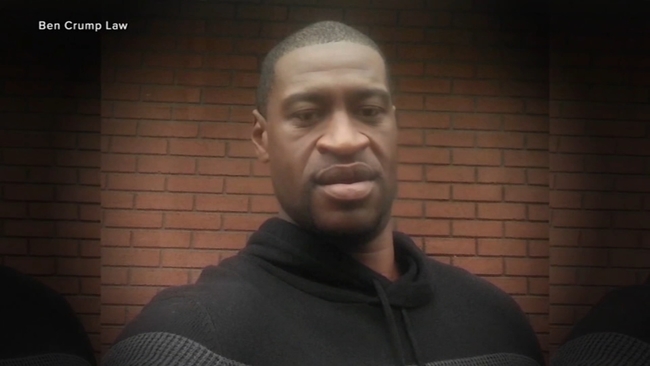