KTRK
STOCKHOLM, Sweden and OSLO, Norway -- This week the Nobel Foundation has been honoring experts who are transforming their fields with the Nobel Prize.

Here's what you need to know about the winners so far.

Check back here as more winners are announced.

Who won the Nobel Peace Prize?

The Nobel Peace Prize was awarded jointly to Denis Mukwege and Nadia Murad "for their efforts to end the use of sexual violence as a weapon of war and armed conflict."

Who they are: Mukwege is a doctor in the Democratic Republic of Congo, where a long-lasting civil war has killed millions.

Nadia Murad was living with her family in northern Iraq in 2014 when the Islamic State attacked, massacring much of her village and taking Murad and others as sex slaves.

Their work: Mukwege and his staff have treated thousands of victims of sexual violence, most of those crimes connected to the war. Through his work, the Nobel Foundation stated, Mukwege has become "the foremost, most unifying symbol, both nationally and internationally, of the struggle to end sexual violence in war and armed conflicts."

Since escaping her captivity, Murad has served as Goodwill Ambassador for the Dignity of Survivors of Human Trafficking. As a member of the Yazidi minority, she has spoken out on behalf of herself and an estimated 3,000 other women and girls who have been systematically targeted by the Islamic State for sex crimes that were used as a weapon of war.

"She has shown uncommon courage in recounting her own sufferings and speaking up on behalf of other victims," the Nobel Foundation wrote of her.

Who won the Nobel Prize in Chemistry?

BREAKING NEWS:
The Royal Swedish Academy of Sciences has decided to award the #NobelPrize in Chemistry 2018 with one half to Frances H. Arnold and the other half jointly to George P. Smith and Sir Gregory P. Winter. pic.twitter.com/lLGivVLttB

Half of the prize went to Frances H. Arnold for her work in the "directed evolution of enzymes."

Who she is: Arnold is a professor of chemical engineering, biochemistry and bioengineering at the California Institute of Technology, where she is also the director of the Donna and Benjamin M. Rosen Bioengineering Center.

Her work: Arnold works with enzymes, proteins that catalyze chemical reactions. In 1993, she became the first person to direct the evolution of enzymes, and she has since refined those methods. Arnold's work has led to greener practices in the transportation sector and cleaner manufacturing of pharmaceuticals, according to the Nobel Foundation.

The other half went jointly to George Smith and Gregory Winter for their work in phage display, which is a process to evolve new proteins.

Who they are: Smith is a Professor Emeritus with the Division of Biological Sciences at the University of Missouri. Winter conducted his research with the Medical Research Council Laboratory of Molecular Biology in Cambridge, England.

Their work: Smith developed phage display to evolve proteins. In this process, new proteins are evolved using a virus that infects bacteria, known as a bacteriophage. Winter built on this work by using phage display to evolve antibodies in order to develop pharmaceuticals. Since then the field of phage display has produced proteins which can neutralize toxins, counteract autoimmune diseases and cure metastatic cancer, according to the Nobel Foundation.


Who won the Nobel Prize in Physics?

BREAKING NEWS⁰The Royal Swedish Academy of Sciences has decided to award the #NobelPrize in Physics 2018 “for groundbreaking inventions in the field of laser physics” with one half to Arthur Ashkin and the other half jointly to Gérard Mourou and Donna Strickland. pic.twitter.com/PK08SnUslK

Half of the prize went to Arthur Ashkin for his work on "optical tweezers."

Who he is: Ashkin, 96, is the oldest laureate ever. A graduate of Columbia and Cornell, he has spent his career researching microwaves, nonlinear optics and laser trapping at Bell Laboratories in New Jersey.

His work: He developed "optical tweezers" that can grab tiny particles such as viruses without damaging them. An "an old dream of science fiction" had been to use the radiation pressure of light to move objects, according to the Royal Academy of Sciences in Sweden.

The other half of the physics award went jointly to Donna Strickland and Gerard Mourou for their work on laser pulses.

Who they are: Donna Strickland is the first woman in 55 years to have won a physics prize, according to an official with the American Institute of Physics. She works at the University of Waterloo in Canada. Mourou works for Ecole Polytechnique just outside of Paris as well as the University of Michigan.

Their work: In a revolutionary 1985 article, the pair shared their findings about short and intense laser pulses they developed. The most familiar application of this is on laser eye surgery, but there is a variety of industrial and medical applications.

Who won the Nobel Prize in Physiology or Medicine?

BREAKING NEWS
The 2018 #NobelPrize in Physiology or Medicine has been awarded jointly to James P. Allison and Tasuku Honjo “for their discovery of cancer therapy by inhibition of negative immune regulation.” pic.twitter.com/gk69W1ZLNI

The award went to Jim Allison and Tasuku Honjo for their work in cancer therapy.

Who they are: Allison is the chair of Immunology and executive director of the immunotherapy platform at The University of Texas MD Anderson Cancer Center in Houston. Honjo works at Kyoto University in Japan.

Their work: The pair "established an entirely new principle for cancer therapy" by showing how human immune systems could have the ability to attack cancer cells. The men each found a different way to "put the brakes" on the immune system to allow it to fight cancer, according to the Nobel Foundation's press release. The work of both men led to new cancer treatments.

Which categories are yet to be announced?

The Nobel Prize in Economic Sciences will be awarded on Monday, Oct. 8.

What happened to the Nobel Prize in Literature?

The literature award will not be given out this year, the Academy announced in May, due to sexual assault allegations against Jean-Claude Arnault.

Arnault is a major cultural figure in Sweden who is married to a member of the Swedish Academy and who ran a cultural group closely tied to the academy. He is on trial for two counts of rape, charges which he denies. His wife quit the academy.

"The Swedish Academy must be able to report what concrete measures are being taken and should get outside help in order to solve their problems. Among other things, they need to reassess compliance with their confidentiality and conflict-of-interest rules," said Lars Heikensten, the director of the Nobel Prize Foundation.

Heikensten said that his hope is that the Swedish Academy will be able to choose winners for the Nobel Prize in Literature for 2018 and 2019 next year. 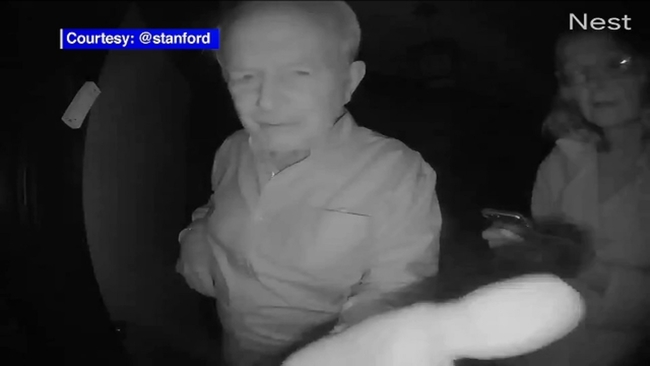 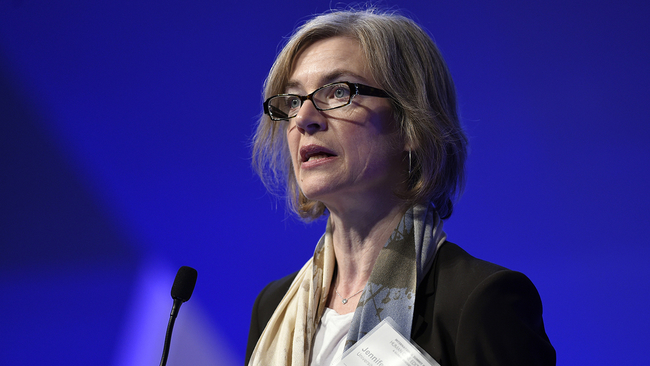 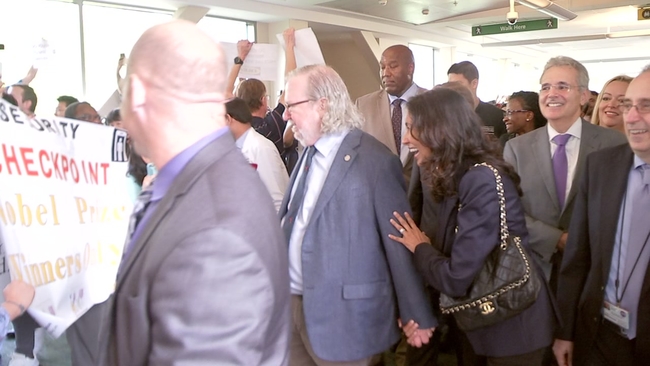