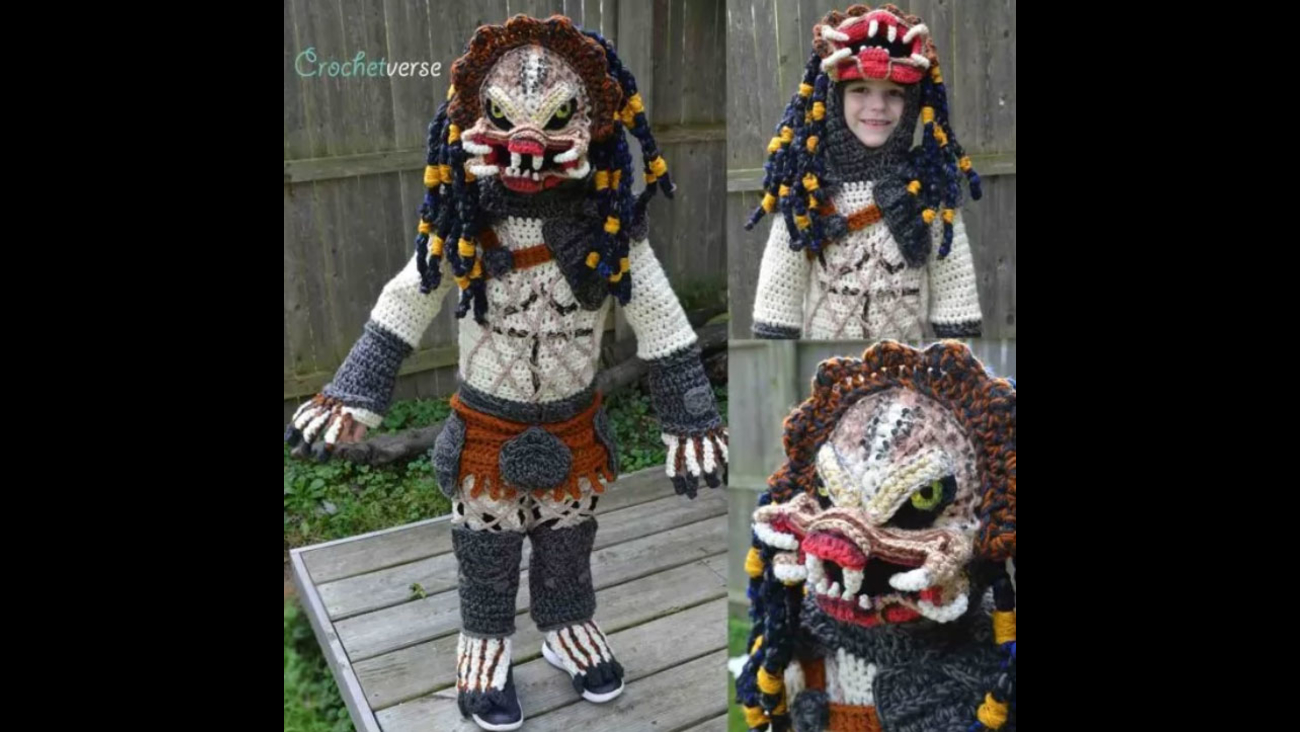 KTRK
By Jill Robbins for Babble
This post originally appeared on Babble and is reprinted with permission.

I'm just gonna put it out there: I consider myself winning at Halloween if my kids have a costume before October 28th.

Here's how it usually goes. October 1st will find me resolving to have all the Halloween things done by mid-October at the very latest. I even have delusions of grandeur about DIY costumes but that usually doesn't last very long. Then, I convince myself Pinterest is evil and start scouring websites that sell costumes for kids. Needless to say, I usually wait until the last minute. (There was even that one year when I was frantically picking through the costume rack at 5 p.m. on Halloween night. I'm that mom.)

Stephanie Pokorny is not that mom, however. She's creative, talented, and pretty much won the Internet with this epic crocheted Predator costume that she made without a pattern. Without a pattern, I said.

Pokorny, who is the owner of Crochetverse, was taught to crochet by her grandmother, who used to make small lap blankets to donate to hospitals.

"She and my grandfather took me to the craft store after school," the crochet ninja tells Babble. "It had been in me a long time to create, and they definitely nurtured it for me."

I'll say. There's a huge leap between making a blanket and making an intricate costume like the one worn by Pokorny's 6-year-old son, which she admits is her most ambitious project to date.

"When I am not in full-blown Halloween costume mode, I also write patterns for crochet garments, which sometimes really tests my 'math brain' - as, believe it or not, so much math goes into sizing clothing in crochet patterns!" explains Pokorny.

As someone who doesn't have much of a math brain or a craft brain, I am completely in awe of her creations. While Pokorny admits that Predator is her most complex project to date, she has created some other Halloween costumes for her kids that rate pretty high on my impress-o-meter.

Among them are Harry Potter... 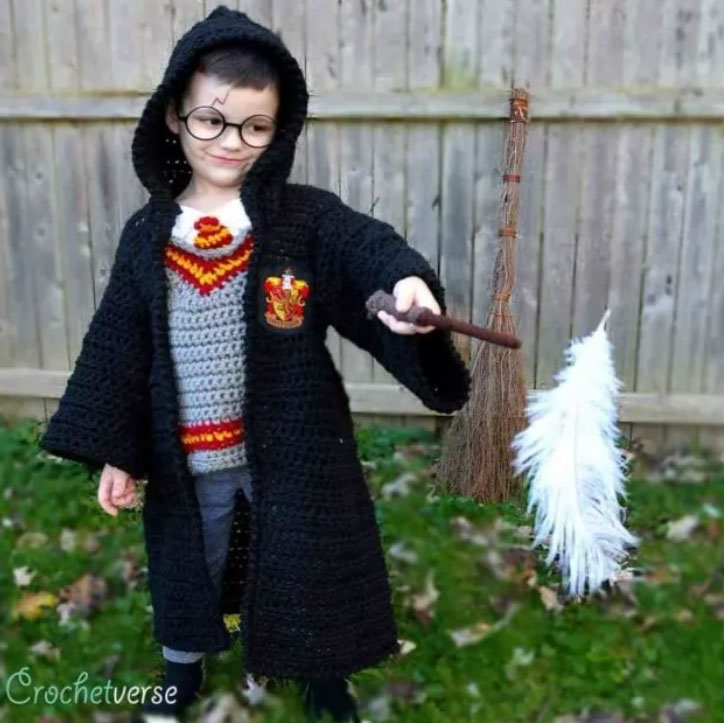 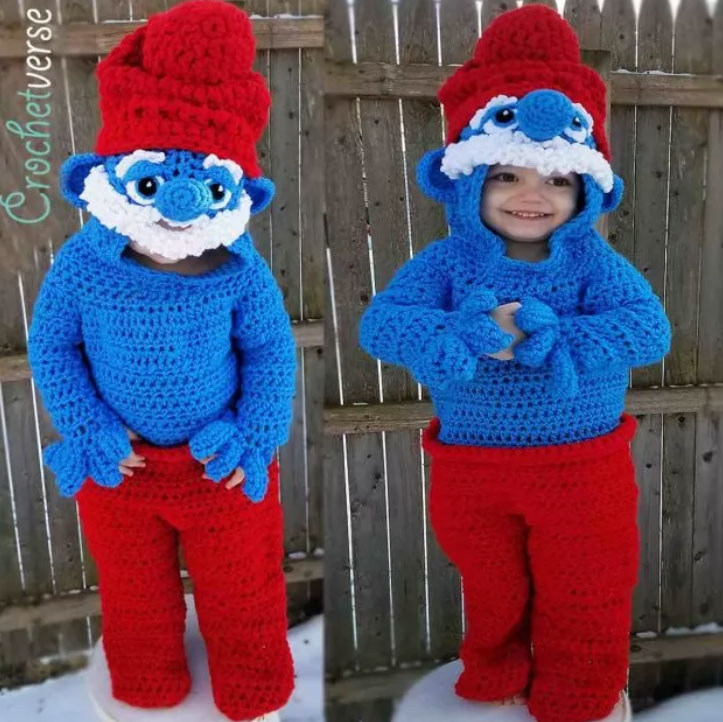 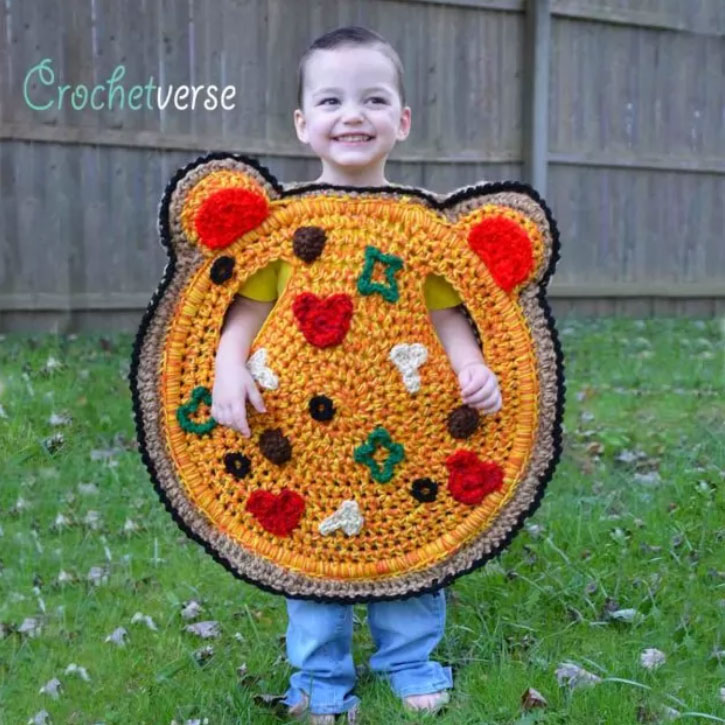 ...and even E.T., which I think almost rivals Predator in terms of intricacy and detail. 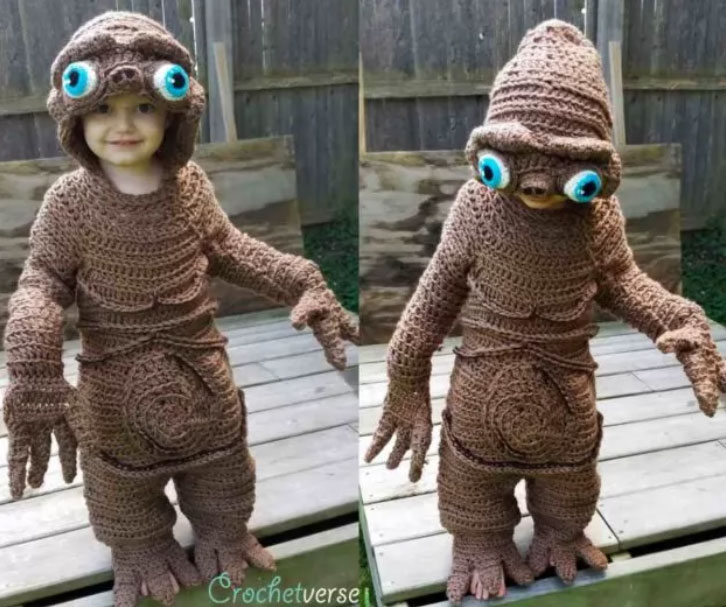 I'll admit it: I'm a tad envious, but not in a negative way. The pleasure this talented mama takes in her craft is evident not only in her work, but in her attitude as well.

Pokorny tells Babble that crocheting simply brings her joy - partly because of her son's reactions to the costumes.

"The way he screeches when he sees it, or when he gets to strut his kid stuff on Halloween night, is legitimately just about the best thing ever," she shares.

She says that she also loves the idea of showing people how cool crochet can be as an art form - and as an active member of the crochet community, she has gotten a lot of positive feedback from fellow crocheters.

"The support and love I receive from them is so heartwarming!" says Pokorny.

So, what's next for Stephanie Pokorny and Crochetverse?

"I will just keep on hookin' with my yarn and lovin' on my babes," she answers. "New patterns, new ideas, and ultimately next Halloween ... new costumes!"

I'm sure it'll be hard to top Predator, but somehow, I think she will find a way.

More on Babble:
This 5-Year-Old Who Dressed Up as Mama Coco Has Already Won HalloweenThe Most Popular Halloween Candies By State Have Been RevealedMom Crochets 'Golden Girls' Dolls for Her Son, and Single-Handedly Wins Christmas
Report a correction or typo
Related topics:
societyhalloweenmoviesholidaybuzzworthybabblecostumesu.s. & worldfun stuffdo it yourself
Copyright © 2020 KTRK-TV. All Rights Reserved.
HALLOWEEN 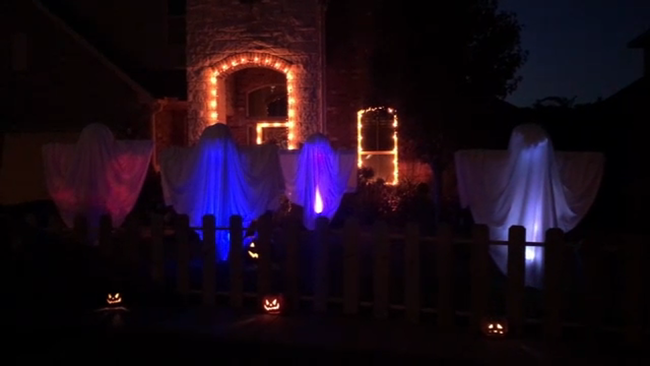