The first sit-in was at the Weingartens Supermarket on Almeda. Texas Southern University students marched from their campus to the Weingartens to challenge segregated lunch counters. They walked into the supermarket, sat down at the counter and asked to be served.

The property, which is now a post office, has a Texas Historical Commission marker in front commemorating the event.

"They went into this supermarket and they sat at this lunch counter determined to be served," said TSU professor Serbino Sandifer-Walker. "But they weren't served. But they weren't discouraged. They stayed there until they were ushered out."
Professor Sandifer- Walker has researched the sit-ins extensively and maintains a relationship with many of the students who were part of the event. She told Eyewitness News their plan of action was inspired partly by Dr. Martin Luther King Jr., and the sit-ins across the south sparked by the one that occurred at the Woolworth's lunch counter in Greensboro, North Carolina.

"He inspired young people all across the United States to take action," said Sandifer-Walker. "They had been witnessing injustice for years. As a result they started to figure out what can we do to address segregation in my city, in my town, in my community."

Eyewitnesss News showed the lunch counter protest video to students at TSU. This was the first time any of the students had seen the video.

"I learned about those sit-ins right when I got on campus," said TSU student, Onyeka Onyekwulu. "It just brought back a lot of memories as far as the things I've learned in what the legacy of the school entails, and how people have fought for us to get to this point."

Dr. King was not a part of the Houston sit-in. In fact, we're told he declined their request to come help because he was spread so thin with other sit-ins and boycotts happening across the south.

"Dr. King was a great man, and he should be celebrated in the manner that he is, but Dr. King was simply a spokesperson for the movement," said TSU student, Kaleb Taylor. "It's students like that who were really the driving force behind the movement. And that stands today."

"They stood up for justice. They stood up for equality," said Professor Sandifer-Walker. "But most importantly they stood up to make Houston a better place."
Report a correction or typo
Related topics:
societyhoustonhistoryabc13 vaultmartin luther king jr
Copyright © 2020 KTRK-TV. All Rights Reserved.
RELATED 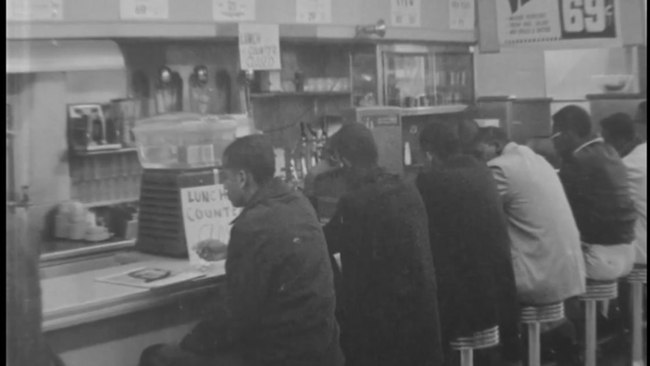