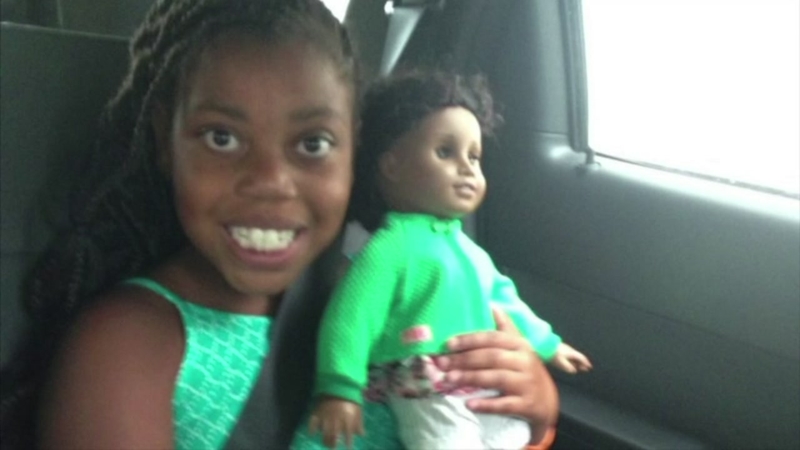 PASCO COUNTY, FL (KTRK) -- A young Florida girl born with a heart defect is on a mission to get a popular doll manufacturer to make a doll just like her.

Lamaya Sakales says she wants American Girl to create a doll with a chest scar for her and hundreds of others like her.

"I want to make girls feel secure," Sakales says. "They don't have to be afraid with a scar and kids won't be so mean."

The 10-year-old was born with half a heart, and has already endured three open-heart surgeries.

American Girl, she says, has a history of embracing diversity and doesn't see why they should stop with children like her.

"One out of every 100 babies are born with congenital heart defects," says Christen Sakales, Lamaya's mother. "So that's a lot of children who have a scar from that."

Sakales and her mother put a petition on change.org that has so far reached 2,100 signatures in a little over a week.

"I would say that 90 percent of the signatures are from other congenital heart defect families and people who would like to see that doll made for their kids," Christen says.

Last week, American Girl began selling a doll with a diabetic kit after an 11-year-old Wisconsin girl petitioned the company.

Lamaya says she hopes her petition will broaden the wide array of dolls offered by the company.

"If they're feeling overwhelmed they can look at their dolls chest scars and feel like they're awesome, they're brave, they're cool," Lamaya says.

Counselors say dolls that look like children with illnesses help them be more comfortable with their own condition.

"If its not handled in a healthy way, they tend to act out and be angry or they can suffer from anxiety or depression, social withdrawal or problems with school," says social work counselor Lisa McDaniel.

While Lamaya loves her American Girl dolls, she says it's time for something new and hopes the doll maker will make her wish come true.