There is a new doll on the market called the Lammily doll, also known as "Normal Barbie." (Lammily.com)

Move over Barbie. A toy maker named Nickolay Lamm has created what he calls a beautifully average doll to reflect the regular girl. 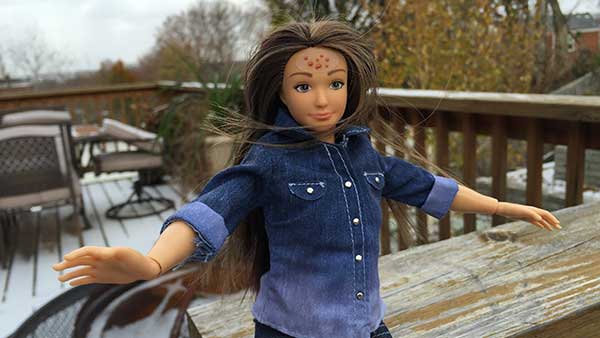 'Normal Barbie' comes with cellulite, stretch marks and tattoos
Move over Barbie. A toy maker named Nickolay Lamm has created what he calls a beautifully average doll to reflect the regular girl.

Lamm wanted a new take on Mattel's Barbie doll, which has been criticized in the past for having body dimensions that are far from reality.

"I remember shopping for a doll as a present to someone, and all the dolls looked like supermodels." Lamm told ABC in an email. "There's nothing wrong with being a supermodel but...the wall of supermodels suggests that something is wrong with you if you don't look like one."

So he created a new doll named Lammily that he hopes will teach girls that reality is cool and average is gorgeous.

A group of second graders who got a chance to play with the first batch of dolls seemed to like them a lot.


Tap to watch video if you're viewing on the news app.

"The message I want to send is that it's not what you look like. That doesn't define you. What you do does," Lamm told CNN.

Lamm's doll based on CDC measurements of the average 19-year-old woman. Lammily is shorter and broader than Barbie, and she has brown hair and wears minimal makeup.

She also comes with stickers so you can add cellulite, freckles, acne, moles, scars and even stretch marks. 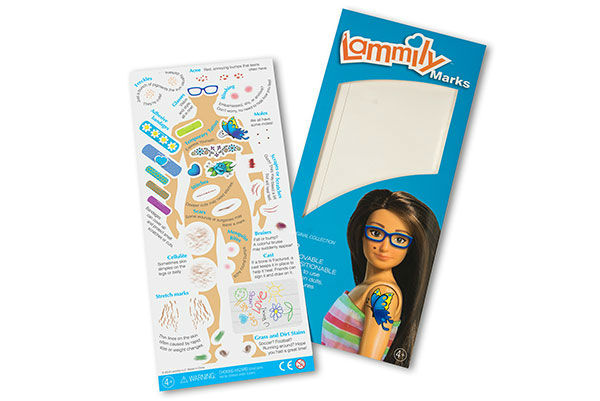 She comes with add-on stickers that can give her temporary tattoos, cellulite and more.

The 26-year-old toy maker said the dolls will be mailed to his crowd-funding backers no later than Black Friday. Thousands of additional orders should be shipped out to homes in time for Christmas.