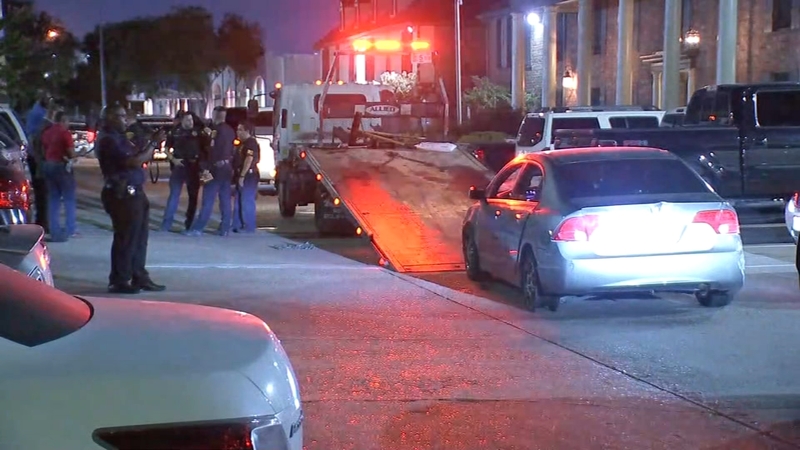 HOUSTON, Texas (KTRK) -- A shootout between an armed security guard and three robbery suspects led officials to answers in other cases Saturday morning.

The three men are accused of being involved in five separate robberies in the Houston area.

A security guard first encountered the robbery suspects at an apartment complex in the 6200 block of Gulfton around 1 a.m.

The armed security guard told police that he heard a woman screaming from the parking lot of the La Estancia Apartment Complex building, so he went to see what was going on.

When the guard arrived, the woman told him that she was robbed at gunpoint by three men, and pointed him in the direction that they fled.

Houston police told ABC13 Eyewitness News that the guard followed the men to an area off US-59 and Chimney Rock. Moments later, the guard and the men exchanged gunfire.

A 15-year-old suspect was shot in the leg by the guard, and the driver of the vehicle crashed into another car.

The guard was able to hold all three men until police arrived. Police say they found a weapon inside of the suspect's vehicle.
Report a correction or typo
Related topics:
houstonrobberysecurity
Copyright © 2021 KTRK-TV. All Rights Reserved.
More Videos
From CNN Newsource affiliates
TOP STORIES