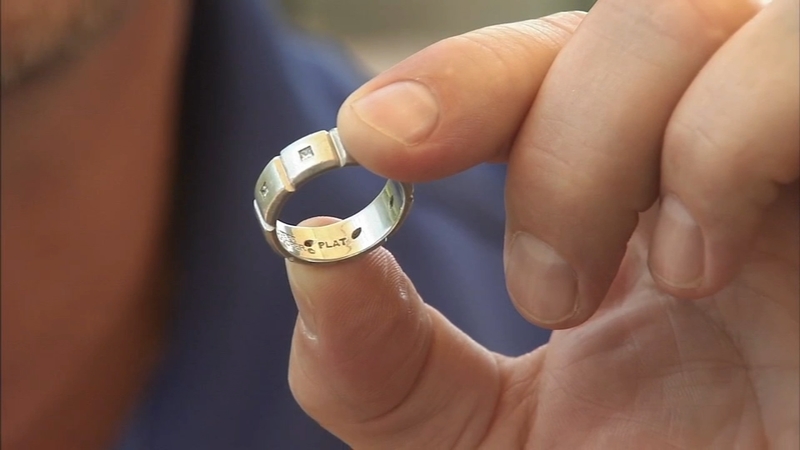 SEA ISLE CITY, New Jersey -- Two strangers brought together by a lost wedding ring at the Jersey Shore prove there is such a thing as being at the right place at the right time. 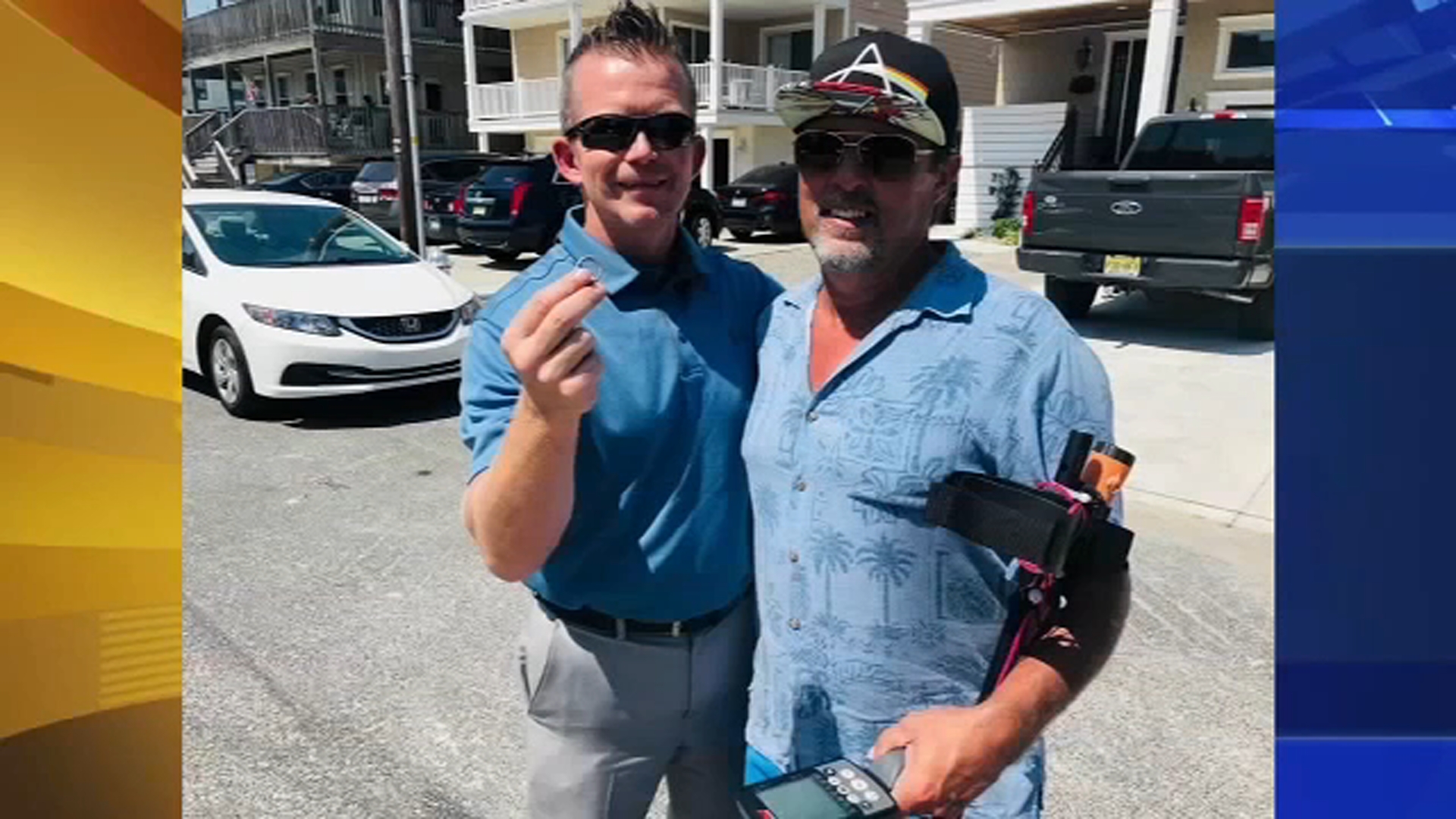 Tim Martin lost the ring while playing with his son on the beach in Sea Isle City, New Jersey on Sunday.

"We've been married, this year, will be our 13th anniversary, so October will be 13 years," said Martin of Glenn Mills, Pennsylvania. "When we got married, we went to the jewelry store and I said, 'if my wife is getting diamonds, I want diamonds.' So it was a special ring."

He thought the custom ordered, platinum diamond ring was gone for good.

Martin searched the sand for hours and was about to give up until he saw Bob Brown searching the beach with a metal detector.

"The whole thing was a surreal moment because it was like our paths crossed at that right time where I needed him. I was really praying, you know, I need my ring," Martin said.

Action News found Brown back at the beach on Wednesday. On this day, he was looking for another person's ring.

Brown started detecting with his grandfather as a child and now it's a hobby.
"I have found a lot of things. I am at 39 rings for the year. We find a lot of jewelry in the summer," said Brown of Heislervile, New Jersey.

"It makes me feel really good to return something like that. Honestly, I personally don't do this for any money. I do it for the thrill of the hunt," Brown said.

Martin got the good news via the following voicemail from Brown: "Tim, it's Bob Brown. Looks like our prayers are answered. I found the ring, buddy."

She says in losing something, her family found something greater: friendship and a renewed sense in humanity.

"It makes you realize there is so much good and it's all around you and you just have to look around. There are so many wonderful people out there and everybody should be more like Bob," said Michelle Martin.

"What Bob did for me was the true definition of kindness," said Tim Martin.

Believe it or not, this is not the first time Tim lost this wedding ring.