'Why would anyone want a lemur?': Male ringtail likely stolen from San Francisco zoo 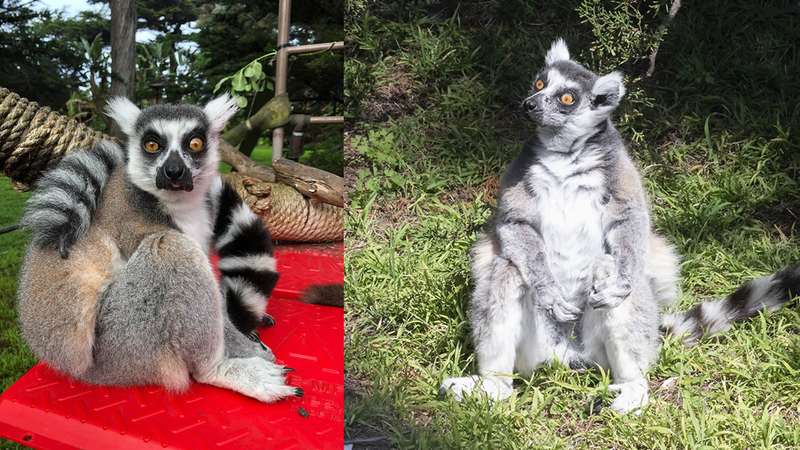 SAN FRANCISCO -- Authorities in San Francisco are searching for a ring-tailed lemur named Maki who was stolen from the city's zoo.

"I just couldn't believe it. Why would anyone want a lemur," asked former San Francisco Zoo board member, Barry Lipman.

It's a question a lot of people are asking after Maki disappeared from the zoo.

Lipman provides funding for the Lipman Family Lemur Forest, where Maki lives with 18 other lemurs. He said he saw Maki the day before and everything "seemed perfectly normal."

"They're incredibly rare animals. They're endangered. They're not easy to take care of," he said.

Zoo officials said Maki was last seen in his enclosure Tuesday night but was missing by Wednesday morning.

In June, two wallaroos and a kangaroo were found dead inside their exhibit. San Francisco zoo officials suspected a mountain lion in that incident. This time, SFPD suspects a human is to blame.

"We found evidence of forced entry, meaning there was damage to the enclosure," said SFPD Officer Robert Rueca.

A man's terrifying encounter with a cougar on a hiking trail in Utah has gone viral after he managed to record a six-minute video of the incident.

Maki was born at the San Francisco Zoo. At 21 years, he's older and slower than the other primates, which why zoo officials think someone was able to catch him.

Twenty years ago, two teenagers were charged with breaking into the zoo and stealing two koalas. The animals were found in a San Francisco home, after police received an anonymous tip.
"We're reaching out to the public again, to see if they spot Maki out on the street and to help us bring him back to the zoo," said Rueca, who said SFPD is canvassing the area for surveillance video.

Police are looking into all possible motives for taking the animal, including whether someone might want to sell Maki or keep him as a pet, which is illegal in California.

"We understand that lemurs are adorable animals, but Maki is a highly endangered animal that requires special care. We are asking the public for help in his return," said Dr. Jason Watters, the executive vice president of Animal Behavior and Wellness. "As one of our oldest lemurs, Maki requires a specialized diet. Of the 19 lemurs here, at 21.5 years, he has exceeded median life expectancy of 16.7 years but is also one of the slowest, and we believe, likely, the easiest to catch."