KGO
By Reggie Aqui and by Eric Shackelford 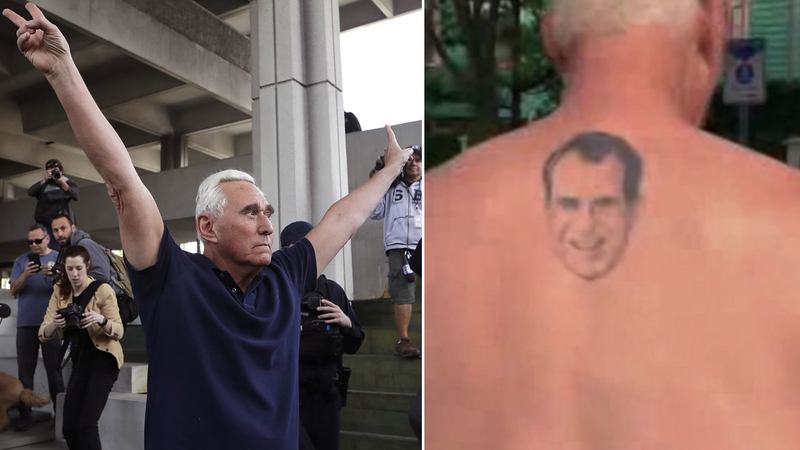 Stone further emphasized his admiration of Nixon by doing the iconic Nixon pose when he walked out of court Friday morning and said he is innocent.

The tattoo went viral after a few clips from the Netflix documentary "Get Me Roger Stone" resurfaced.