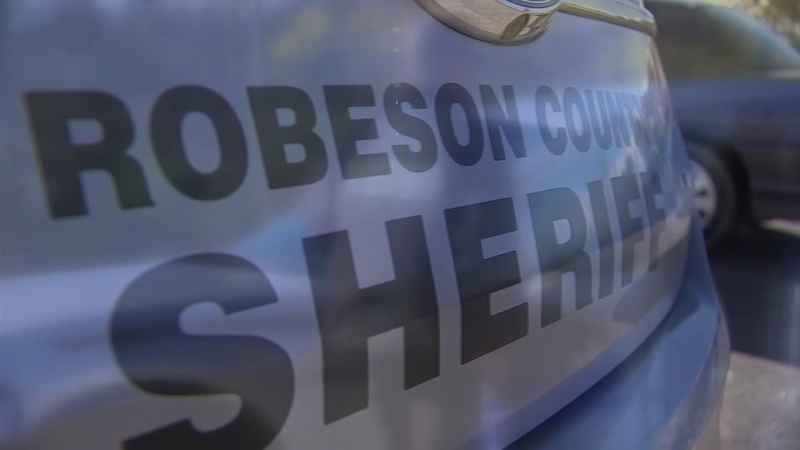 LUMBERTON, North Carolina -- A investigator has been fired following an internal investigation into overlooked DNA in the Hania Aguilar case.

Sheriff Burnis Wilkins Jr. said Investigator Darryl McPhatter was terminated on Thursday after being previously suspended in connection with the investigation.

Major Anthony Thompson, who was also suspended, resigned on Jan. 9.

He served in a law enforcement capacity for more than 34 years of his life.

It's unsure if the investigator was fired in relation to the Aguilar case, however, Sheriff Wilkins confirmed that he was being investigated in connection to her case.

"It angers me and I've got to deal with it," Wilkins said. "To know that that happened, to know the reports didn't follow the proper channels, that further investigation wasn't done, interviews weren't done properly, I have a major issue with that."

Aguilar, 13, was kidnapped from outside her home Nov. 5 as she waited to go to school. Twenty-two days later, she was found dead.

Robeson County District Attorney Johnson Britt previously said McLellan should have been behind bars in 2018 and never had a chance to harm Aguilar.

That's because in 2017, DNA from the 2016 rape kit named McLellan as a possible match. Britt said the Robeson County Sheriff's Office was notified.

"That would've given them probable cause to get a search warrant to obtain a known DNA sample from McLellan," Britt said.

"In all likelihood, had the 2016 rape investigation gone forward and we established a case against McLellan at that time, Hania would not have died," Britt said.

After Britt's comments, Robeson County Sheriff's Office launched an internal investigation into what happened with the 2016 case.

Newly-elected Robeson County Sheriff Burnis Wilkins said in a statement on Dec. 13 that an investigation had begun within the Internal Affairs Division "regarding this serious matter brought forth by the Robeson County District Attorney's Office."