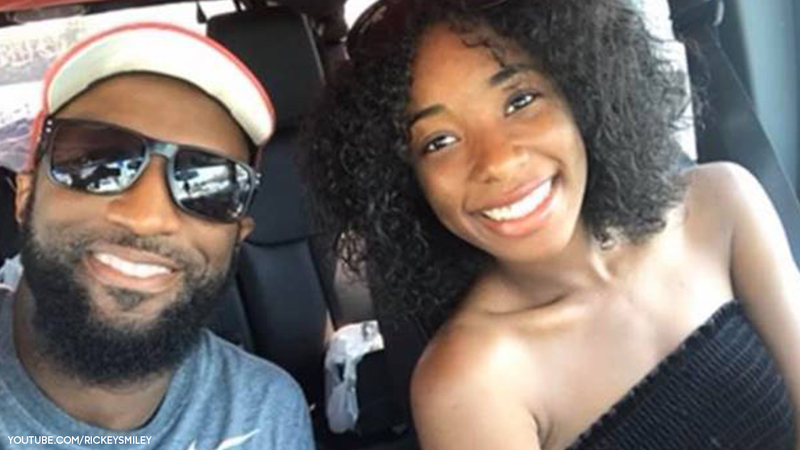 HOUSTON, Texas (KTRK) -- Comedian Rickey Smiley says his daughter is recovering well after she was shot multiple times during a road rage incident on Houston's south side.

During an interview on his morning show on Monday, Smiley said his youngest daughter, Aaryn Smiley, was shot twice while she was going to Whataburger to get something to eat.

"My youngest daughter was shot last night," he said during the interview, which was posted on the Rickey Smiley Morning Show YouTube channel on Monday. "I'm just so angry right now."

HEARTBREAKING TO HEAR: The comedian posted the video above when he first found out about the shooting. "I can't do nothing!" said the comedian in anger. Watch to hear more in his own words.

Police say it happened around midnight on the feeder road of Highway 288 near Holcombe.

According to several tweets posted by Smiley, the comedian was on a flight to Houston as his daughter was getting surgery.

On Tuesday, he posted screenshots of what appear to be photos from his daughter's Instagram account in which she describes the extent of her injuries.

"The fact that the bullets that went through my legs were armored rifle bullets made to go through anything (how they got through the car) but the one that would have hit me in the head was not that kind and ended up lodged in the car," she wrote. "God. Words can't describe how grateful I am to be alive right now."

In another photo, Aaryn said she wasn't allowed to see anyone, including her father, due to COVID-19 restrictions.

"Scariest part of all this is the fact that I'm alone," she wrote. "They won't let me see my parents or let anyone come in because of COVID. I'm terrified."

Fortunately, Smiley confirms his daughter is recovering well, posting a Tweet saying, "She's doing great! Thank you for your prayers!!!!"

Meanwhile, police are still looking for the shooter.

According to investigators, it all started with an altercation at a separate location. During the altercation, police say the victim's car, a black Infiniti, was at a red light when the suspect pulled up to it and opened fire.

Three people inside the Infiniti managed to drive to a hospital for help.

Aaryn was caught in the crossfire at a red light.

The three other victims are expected to survive.

Police say they don't have any information on the suspect(s) or the vehicle they were driving. Anyone with information is asked to contact authorities.