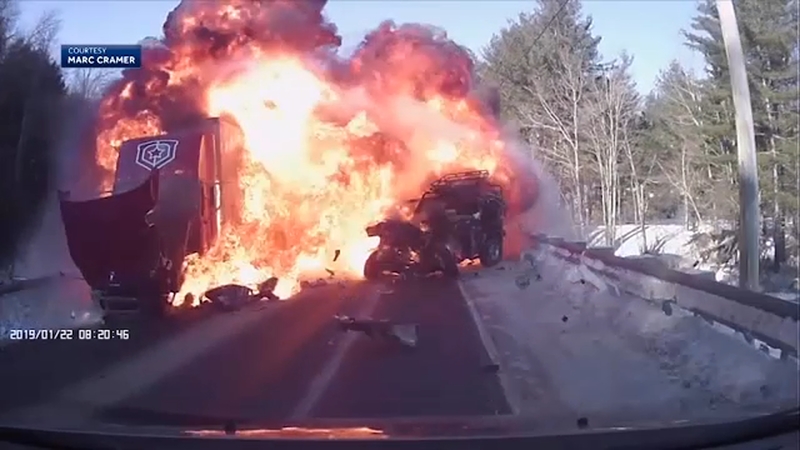 BOSTON, Massachusetts -- A teenager survived a horrific head-on crash in New Hampshire and his parents say it's thanks to brave strangers who came to his rescue.

Officials say 18-year-old Samuel Lachance was headed back to Keene State College a week ago when his Jeep plowed into a big rig in Dublin.

A third car was also involved in the crash.

The driver of that car and his son, Marc and John Cramer, were able to pull Lachance from his burning vehicle.

His parents say they are forever thankful to Marc and John.

"To take that risk of getting hurt themselves to remove another human life out of a situation which was dire, I'm very, very grateful," Daniel Lachance said.

Lachance is recovering after suffering a traumatic brain injury, burns, and cuts.

According to WCVB, Lachance is telling his family he is looking forward to going to a Boston Bruins game when he is fully healed.

It's not clear why his Jeep crossed over the center line.