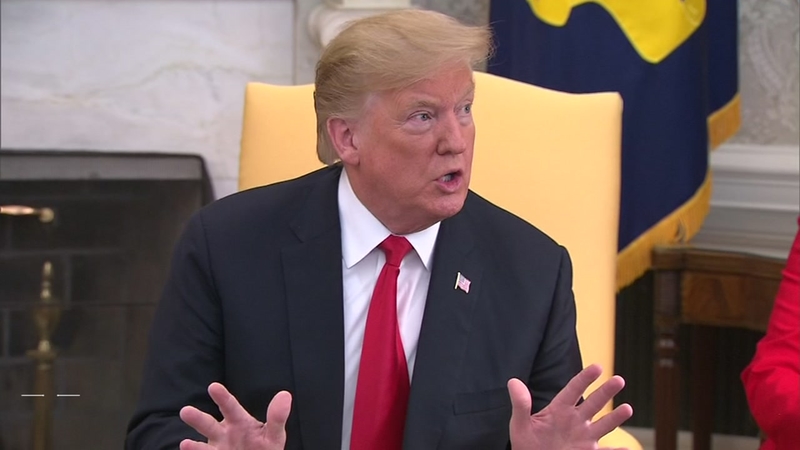 BAYTOWN, Texas (KTRK) -- A state lawmaker says a 7th grade teacher in Goose Creek ISD should forfeit his or her job after students were asked to review an essay critical of President Trump.

State Rep. Briscoe Cain, whose district includes the Deer Park area, posted to Facebook Tuesday after receiving a complaint from a constituent about the assignment.

The parent, identified in the post as Chris Felder, told Cain his daughter brought home an assignment asking for feedback on an essay titled "Trump Against American Values."

"This type of non factual rhetoric has no place in our schools regardless of who the president is," Felder is quoted as saying. "My children have experienced great teachers in the classroom, but I have also had to put up with those who see their roles as indoctrinators, not educators."

Felder also said he was embarrassed by the assignment, being a graduate of Goose Creek ISD.

Cain said the teacher violated a sacred trust between parents and the school, and has "lost the privilege of being in a classroom with Texas children."

Goose Creek ISD responded to ABC13's request for comment Wednesday, saying:
The passage was part of series of 10 passages designed to help students practice inference and point of view, both of which are part of the STAAR test. Clearly the teacher did not use good judgment or did not review the materials that she received from an outside source thoroughly. The matter was addressed with the teacher and the materials will no longer be used. The matter has been settled at the campus level, as appropriate.

We received many calls at the district following the issue of a media release and social media post that told part of the story and did not reflect the fact that the matter had been resolved within the district. Many of those calls were deeply disturbing and threatening in nature. While we all agree that the particular passage should not have been used, the teacher made a simple error in judgment and had no ill intent. Like all of us, teachers are human and make mistakes from time to time.


Rep. Cain also gave ABC13 this statement late Wednesday:
"I know Superintendent O'Brien personally, and have seen first-hand how much he cares for students and high ethical standards in education. I'm thankful to Superintendent O'Brien and the District for the actions they took before my office brought this issue to light. I'm always glad to have the opportunity to engage in positive civil discourse on the issues that matter most to our community. Inappropriate behavior in the classroom must be brought to the attention of the public so our community can have a dialogue about what is appropriate classroom material for our children."