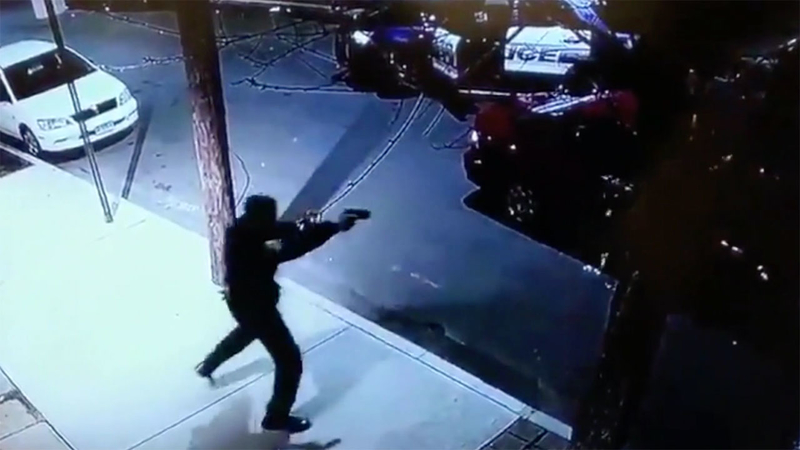 NEW HAVEN, Conn. -- Protestors took to the streets in Connecticut Friday to voice their outrage over the shooting of an unarmed couple inside their car earlier this week.

The Tuesday morning shooting left 22-year-old Stephanie Washington hospitalized after two officers opened fire on the car she was sitting in with her boyfriend, Paul Witherspoon.

Surveillance video showed a Hamden Police Department officer arrive on the scene, jump out of his car and unload a barrage of bullets on a red Honda that police said fit the description of a car involved in an armed robbery. A Yale University officer shot from the other side before sprinting away from the scene.

Washington was taken to a hospital and is expected to survive. Witherspoon was not injured.

Authorities claimed the officers fired because the driver of the car made an abrupt movement and ignored commands from officers. No weapons were found in the car.

"This incident betrays police activity gone horribly wrong along the Hamden-New Haven line and now Stephanie, as well as many residents, her family, her friends, must live with the consequences and resulting uncertainty of what was by every definition an unacceptable response," New Haven Mayor Toni Harp said.

"The integrity of the investigation, fair treatment for the individuals in the vehicle, officers involved and transparency is paramount in these types of investigations," Rovella said in a statement.

Protests have since been held in New Haven and Hamden. No violence or arrests were reported. Demonstrators included Black Lives Matter activists and Yale University students upset at the actions of the officers. Both officers are black, as are Washington and the car's driver.