KTRK
By Miya Shay
If you walk near any early voting location you will dozens and dozens of campaign signs. Most are not Donald Trump nor Joe Biden signs.

There are many down-ballot, local races, vying for your attention.

"I'm Tom Ramsey, at the very bottom of the ballot," said the former Mayor of Spring Valley Village. Ramsey is running for Harris County Commissioner, Precinct 3 as the Republican nominee.

"I'm at the bottom of the ballot," said Michael Moore, the Democratic nominee for the same seat. "But it's one of the most important local races."

Precinct 3 has been occupied by Commissioner Steve Radack for decades. He's not running for re-election. The district, which covers almost all of West Harris County, is one of the most crucial local races. County Commissioners hold incredible sway over millions of dollars in the Harris County budget every year.

Across Harris County, local candidates inconsequential races are having to fight for the attention of voters.

Last week, Mary Nan Huffman, an attorney for the Houston Police Officers Union and the Republican nominee for Harris County District Attorney, went on the attack after the tragic death of Houston Police Sgt. Harold Preston.

"I think it's time people hold [Harris County District Attorney] Kim Ogg accountable for not doing a good job, for not keeping people safe," she said at the time.

Ogg, the incumbent and the Democratic nominee, brushed off the criticism.

"It's sad to exploit the situation of this local hero for political purposes." said Ogg.

This is the first election where straight ticket voting is not an option, meaning voters must select every candidate they want to vote for.

"I will focus on safe neighborhoods, infrastructure, and lower taxes, that's what I've talked about for 10 months," said Ramsey, who hopes his on-the-ground campaigning will pay off.

"Local elected officials sometimes have more impact on everyday lives than somebody at the state level," said Moore, who is urging voters to go all the way down the ballot. 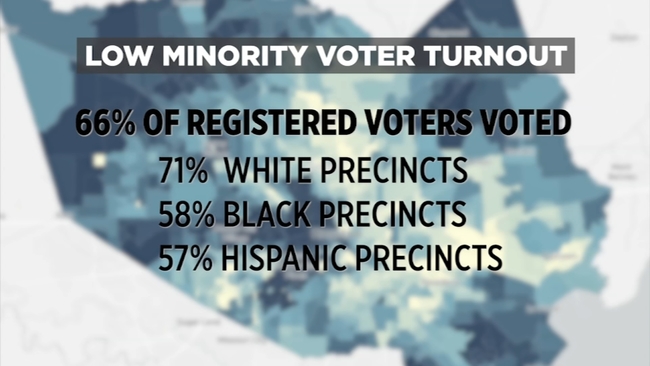 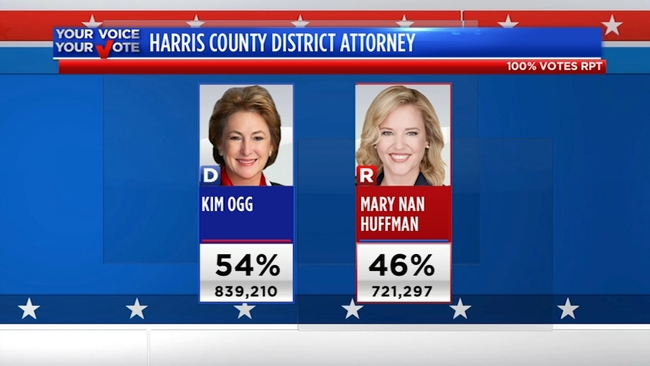 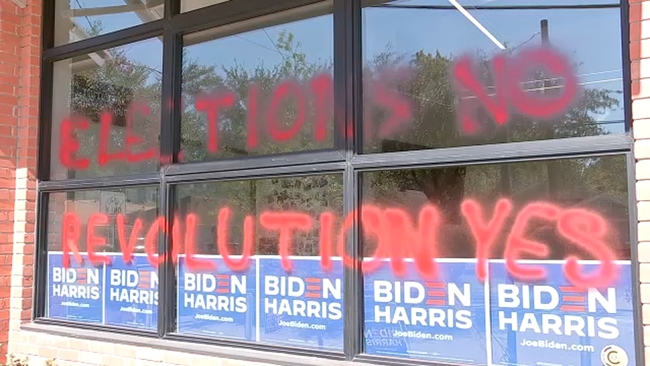