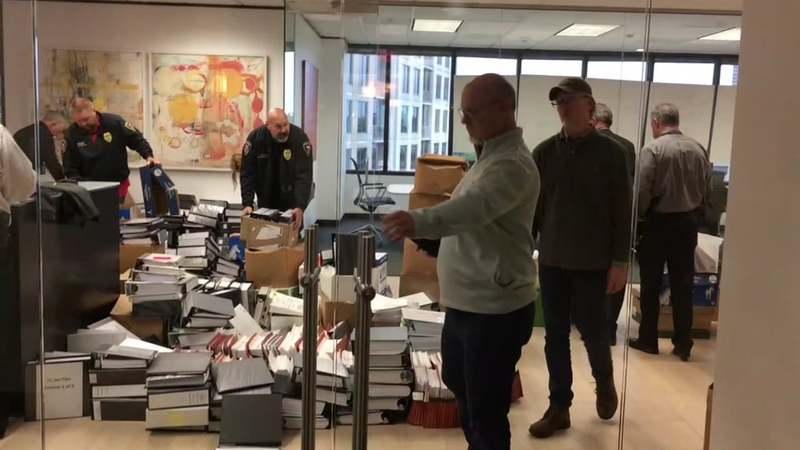 Woodfill served as chairman of the Harris County Republican Party from 2002-2014.

Investigators could be seen in Woodfill's office, sorting through stacks of files and binders.

The D.A.'s says they are combing through files, searching for information pertaining to one name.

As soon as we got word of police in Woodfill's office, our 13 Investigates team dug into the case.

Our team obtained a police report filed in 2017 alleging Woodfill may have been stealing more than $300,000 from a divorce client's legal trust fund for personal use.

It's not clear if that police report is related to today's search warrant.

Woodfill has not been criminally charged in that or any other case.

Documents show Woodfill was reprimanded by the state bar two months ago for failure to take reasonable action in another divorce case.

The state bar, which oversees lawyers, ordered him to take classes in billing, trust accounts or law practice management.

All of that on top of two other civil cases in which opponents recently demanded Woodfill pay hundreds of thousands of dollars in unpaid fees.