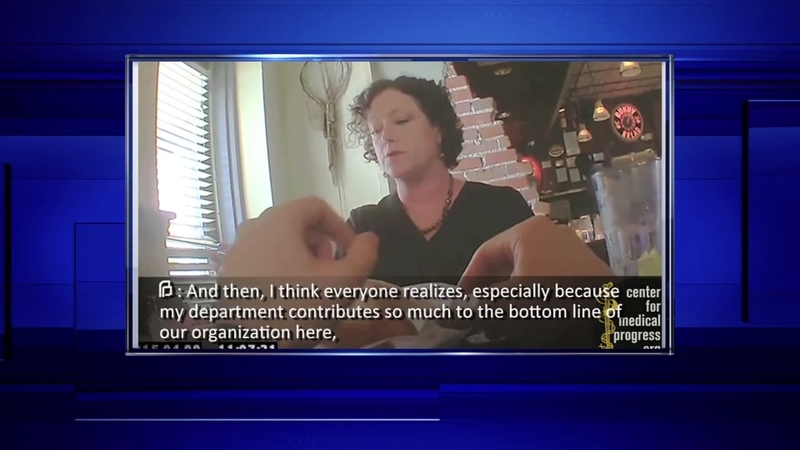 The Center for Medical Progress' footage shows people pretending to be from a company that procures fetal tissue for research touring the Planned Parenthood Gulf Coast clinic.

Click/tap to view the YouTube video released by the Center for Medical Progress. WARNING: SOME VIEWERS MAY FIND SOME IMAGES DISTURBING

Tuesday's video is the fifth the center has recently released, but the first from Texas. It appears consistent with footage Planned Parenthood previously announced might have been secretly recorded.

Regarding the release of highly-edited video footage taken inside a Houston Planned Parenthood building and clinical area.

"Extremists who oppose Planned Parenthood's mission and services are making outrageous and completely false claims. They are engaged in a fraud, and other claims they've made have been discredited and disproven.

"The footage released today doesn't show Planned Parenthood staff engaged in any wrongdoing or agreeing to violate any legal or medical standards. Instead, the latest tape shows an extremely offensive intrusion and lack of respect for women, with footage of medical tissue in a lab. These extremists show a total lack of compassion and dignity for women's most personal medical decisions.

"The video released today will be difficult for many people to see. Medical procedures and medical research are often difficult to watch. The video shows a Planned Parenthood staff member with an actor posing as a medical researcher handling fetal tissue in a lab. It is standard medical practice to review tissue to ensure the health and safety of patients, and this tissue was being examined and handled under the false pretense of a standard laboratory site visit for people purportedly conducting qualified medical research.

"The latest tape has at least 20 substantial and unexplained edits. Previous tapes released by this extremist group were heavily edited in order to distort what the people on the tapes actually said. These videos are intended to shock and deceive the public. For example, one video was edited to make it look like a doctor said she would "sell" fetal tissue for a profit -- when in fact she said the exact opposite, 10 separate times, and nearly all instances were edited out of the tape.

"The group behind these videos has close ties with organizations and individuals who have firebombed abortion clinics and threatened the physical safety of doctors who provide abortion. The real agenda of these attacks has become totally clear: to ban abortion and limit women's access to reproductive health care at Planned Parenthood. The vast majority of the public rejects this extreme political agenda and rejects the fraudulent campaign behind it."