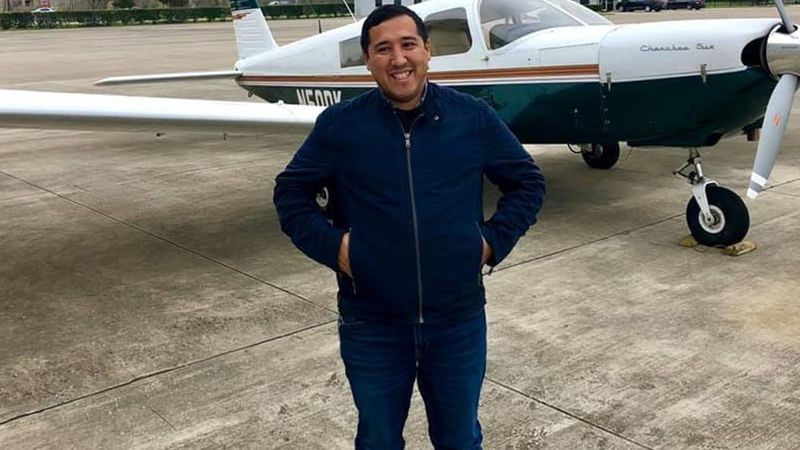 KINGSTON, Ontario (KTRK) -- Police in the Canadian city of Kingston say seven people have died after a small plane crashed in the area Wednesday evening.

The Transportation Safety Board of Canada has sent a team of four investigators to the scene of the crash, where they're examining and documenting the wreckage. They've said the plane left Markham, Ontario, and was destined for the Kingston airport, but went down just a few miles from its destination.

Kingston Police Constable Ash Gutheinz said Thursday there's "no indication" there were any survivors from the crash. Identities of the victims have not been released.

Gutheinz says the area was under a wind advisory at the time, and while winds may not have been as bad as predicted, it was certainly "blustery."

The aircraft, a Piper PA-32 was registered in the United States. The Canadian Broadcasting Corporation reported the pilot was from Houston.

He was identified as Otabek Oblokulov from Missouri City. According to friends of the victims. Oblokulov, his wife, and their three children died, along with another couple.

The family set up a Gofundme account to help with expenses.