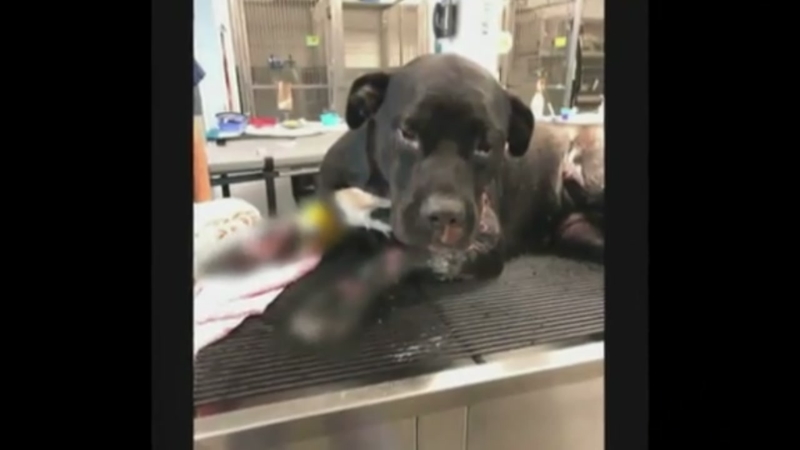 A dog is recovering after being dragged behind the truck for at least a half mile.

PALM BEACH GARDENS, Florida -- A dog is recovering after being dragged behind a truck for at least a half mile, WPEC-TV reports.

A dog named Destiny was injured after the vet says her elderly owner tied her to the bumper of his truck so he could feed his other animals.

The owner says he forgot about Destiny and accidentally dragged her half a mile down the road.

A Palm Beach County Sheriff's Deputy spotted the dog, pulled the car over, and took her right to the vet.