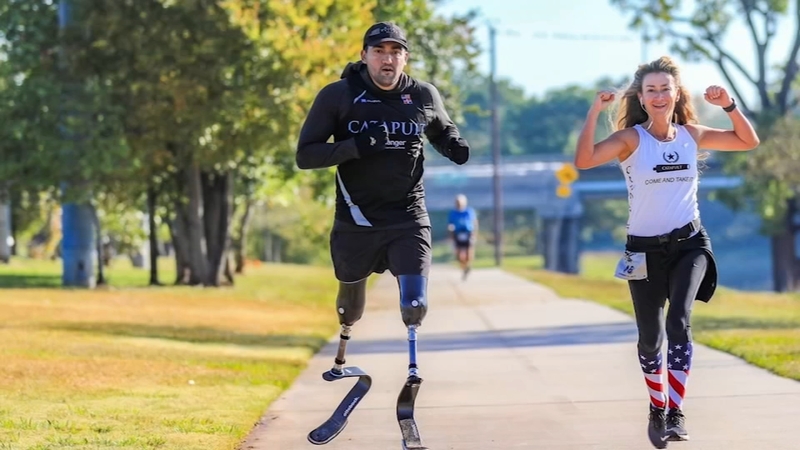 HOUSTON, Texas (KTRK) -- Patrick Pressgrove will tell you that the biggest enemy holding him back at first was himself.

After receiving his running prosthetics, he stored them away in a closet for a year because he was afraid of failing. It wasn't until a good friend encouraged him to get up and get going that made all the difference.

Pressgrove was born with a cleft lip and palate and a rare defect that affected the way his legs developed.

"I couldn't walk until I was 6 years old, but even then it was a real struggle to walk," he said.

By the time he was 14, he was in a wheelchair and it was then he made a life-altering choice.

"It was either be in a wheelchair from now on or become an amputee. At age 14, I had an elective amputation of both legs above the knee," he said.

For the first time in his life he was truly able to walk and eventually run, which is where he found his community and his passion to give-back.

"Helping people come up the way I came up is what motivates me now," he said.

This Thanksgiving, he will once again be hitting the pavement participating in the annual Baker Ripley Turkey Trot. Baker Ripley is an organization that serves low-income families in Texas.

Pressgrove said crossing the finish line each time reminds him of where he once was and where he is now. He hopes others are inspired and know they too can cross that line.

"If you have a goal in mind, but scared to try, the hardest part is starting," he said.